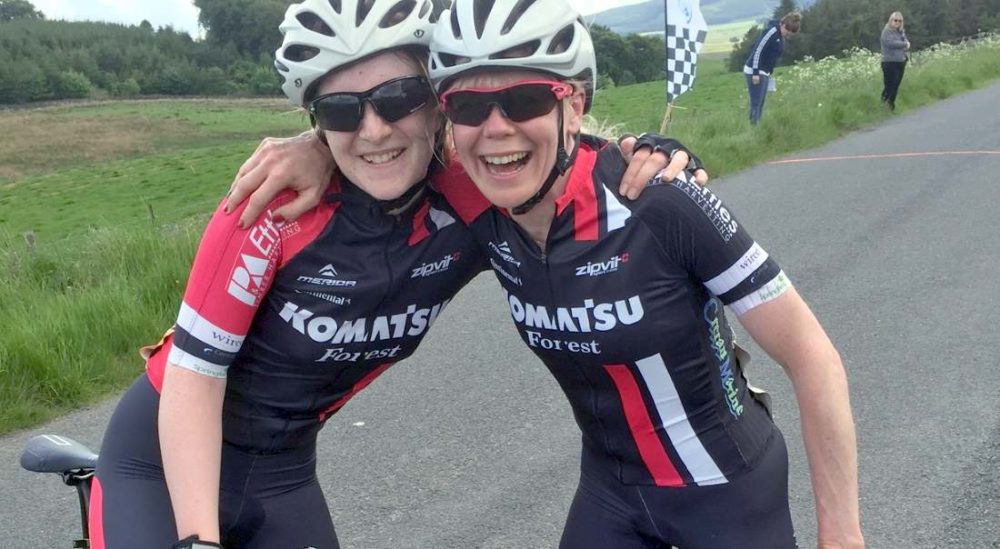 MILTONDUFF CYCLIST GEORGIA MANSFIELD has got her summer up and running in the most perfect manner – clinching the Scottish Junior Women’s cycle road race championship.

Already well established as one of Scotland’s top junior cyclists, the Elgin High School pupil clinched her latest title after competing in an undulating 55-mile course at Eddleston near Peebles.

Juniors are restricted in the number of top-end gears they can use in a race – and that makes it difficult for them to compete with older classes in the cycling world. So Georgia had planned to just hang on to the tails of some of the best senior women battling at the front of the field. The Moray cyclists rode strongly throughout the race – and finished ninth overall, just behind her Scottish Junior team-mate Amanda Tweedie of Inverurie. That was enough for Georgia to clinch the road race title – but it was her high finish against a strong field of senior women that earned accolades from her peers in the national cycling community.

Several of Georgia’s local team-mates were also successful last week with Catriona MacGillvary winning the senior women’s race, and with Amanda Tweedie taking the team trophy. Moray cyclists Kyle Cartmell beat his own youth record for 25 miles in winning the youth race, while the men’s winner of the day was John Archibald who was riding for Pro Vision Scotland – he beat Graeme Obree’s record which has stood for 22 years.