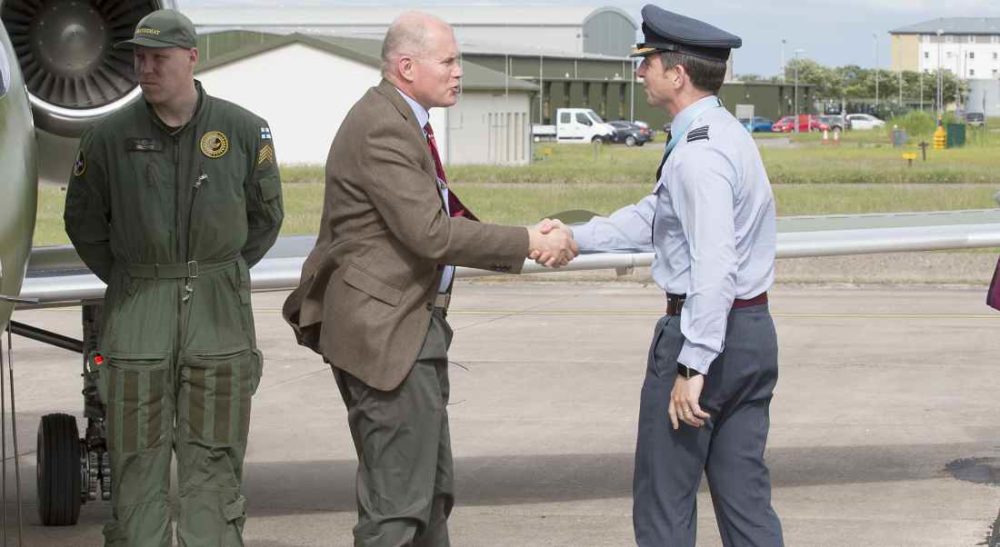 THE RAF LOSSIEMOUTH Typhoon force came under high ranking scrutiny recently when the base hosted a visit from a Finnish General and Assistant Chief of Air Staff.

General Jarmo Lindberg, who is Finland’s Chief of Defence, called in at the Moray base accompanied by Air Vice-Marshal Mike Wigston, the RAF’s Assistant Chief of Air Staff.

The visit was arranged as part of the ongoing Eurofighter Typhoon programme which is supported by Ministry of Defence Exports. Finland is currently planning to replace its F/A18 aircraft between 2025 and 2030. Colonel Lindberg was at RAF Lossiemouth to learn first-hand the capabilities and uses of the RAF’s Eurofighter Typhoon platform.

Whilst visiting the Station he was briefed on the aircraft’s current use on operations and as the aircraft used by the Quick Reaction Alert force at RAF Lossiemouth and RAF Coningsby.