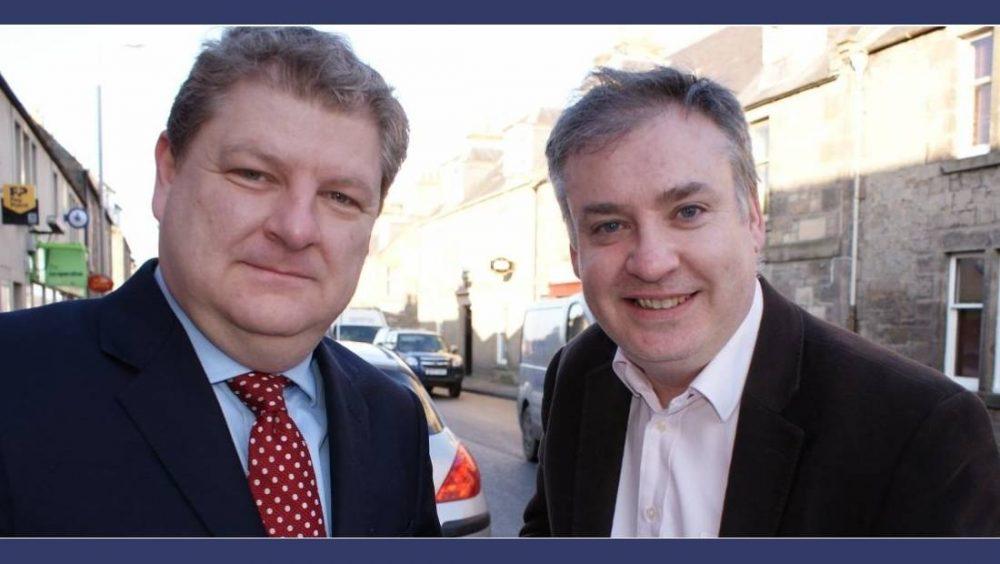 Moray’s MSP Richard Lochhead has released the following giving his reaction to the Moray result at the General Election last week.

“I congratulate Douglas Ross on his success and although we have policy differences I know we both want to do the best for Moray in terms of my role in the Scottish Parliament and his role in the House of Commons.

“Like many people, I am of course gutted about Angus Robertson who had represented Moray very well for sixteen years and I thank him for his service. Angus is a long standing friend of mine as well as an SNP colleague and I am heartbroken by the results which of course also affects Angus’ office staff and all our volunteers throughout Moray.

“The House of Commons and Moray will be all the poorer without him. I do hope that Angus is still able to make a contribution to Scotland’s future. Politics can be tough but the people have spoken and we must all respect that, and I’d like to thank the 18,000 voters in Moray who turned out in support of Angus and the SNP.

“The SNP must now take time to reflect and understand why many of our supporters voted Tory in the North East despite widely diverging views on Conservative policies. The Tories managed to not only motivate their own supporters but also attract SNP voters.

“I am also deeply saddened that neighbouring MPs Eilidh Whiteford in Banff and Buchan and Alex Salmond in Gordon also lost their seats. I worked closely alongside Alex for so many years and it is a great shame that he is no longer in Parliament. Alex has been an enormous influence in my life and more importantly on Scotland’s story. I expect some of the factors that influenced events in Moray were similar to elsewhere in the North East.

“Clearly, this was a complex backdrop for an SNP election campaign but the timing of a second independence referendum and in particular the SNP’s support for continued EU Membership were major factors in Moray.

“I met many SNP voters who told me that although they were happy with the performance of the Scottish Government they were prepared to hold their nose in a Westminster election and vote Tory, or in some cases for other parties, in protest.

“That’s a big step for anyone to take and my SNP colleagues and myself must now demonstrate we are listening and decide our next steps. We were never going to repeat the extra ordinary success of 2015 and we remain Scotland’s biggest party but we have to ensure we are in touch with all the people we represent and learn lessons.”