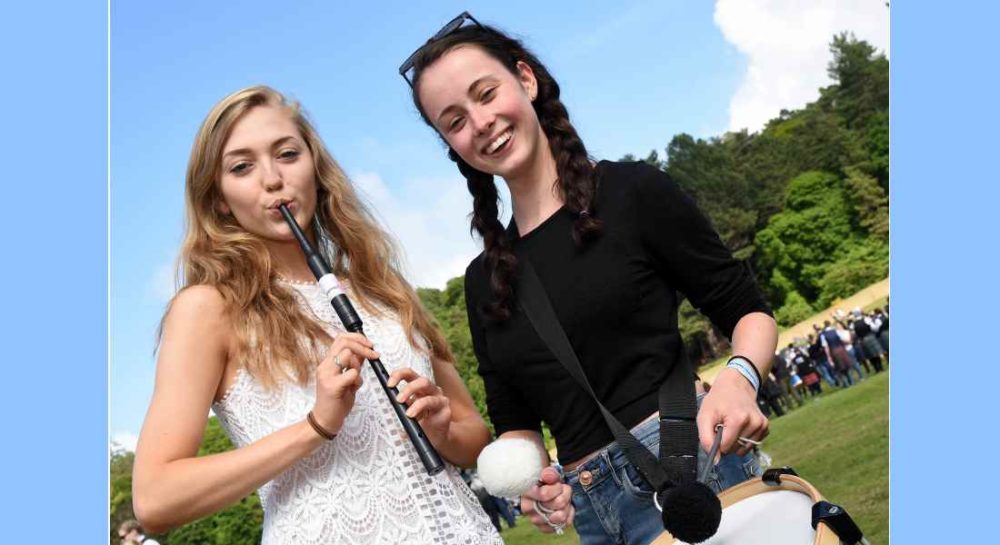 SATURDAY WILL SEE Grant Park and its surrounds in Forres being taken over once again by over 100 Pipe Bands from throughout the world.

The European Pipe Band Championships – Piping At Forres – takes place on June 24 in what has been appreciated as its natural ‘amphitheatre’ home.

Thousands are once again expected to enjoy not only the spectacle of many of the finest pipe bands in the world, but the myriad of stalls and features that surround an event that has become the highlight of the summer in Moray.

Alan James, chairman of Forres Events Limited, the company which organises Piping At Forres, said: “The launch event was a huge success and I have no doubt the main event is going to be superb too.

“Piping At Forres is now a firm fixture on the piping calendar and also a key date in the diary for locals and tourists alike who come and spend the whole day in Grant Park soaking up the atmosphere. We are delighted to know that our visitors will be coming from as far afield as Belgium, France, the USA, Germany and Spain as well as all over the UK.”

Piping At Forres first arrived in Moray in 2013 – and each year since the event has grown and developed with something new being introduced to keep the occasion fresh.

Mr James added: “This year we are delighted to be part of Scotland’s Year of History, Heritage and Archaeology and the park will be cast back in time when reenactors from various historical periods descend on the park. “We have also commissioned a historical walking app which will not only get people moving around Grant Park and learning about its history, but also get people out into the town itself, creating a real carnival feel not just in the park, but throughout the whole of Forres.

Another new feature is ‘Have A Go Row’ and the interactive AES Solar Science Tent which will both provide plenty of opportunities for visitors to get stuck in and have a go at the many activities on offer.”

This year, the role of Chieftain will be performed by Major General Seymour Monro. His appointment could not be more fitting as he is the President of the Forres Pipe Band and has been a Deputy Lieutenant of Moray since 2011.

Major General Seymour Monro said: “I am very much looking forward to this year’s European Pipe Band Championships. It is a spectacular event and as a local man it is a real honour to be able to support it.”

“Piping is a quintessential part of Scotland’s history and heritage, and the Championships are a wonderful day out. Forres is the perfect setting for visitors and locals to enjoy the sights and sounds of piper bands as well as enjoying the array of other entertainment on offer.”

Tickets will be available at the gate and on the website www.pipingatforres.com