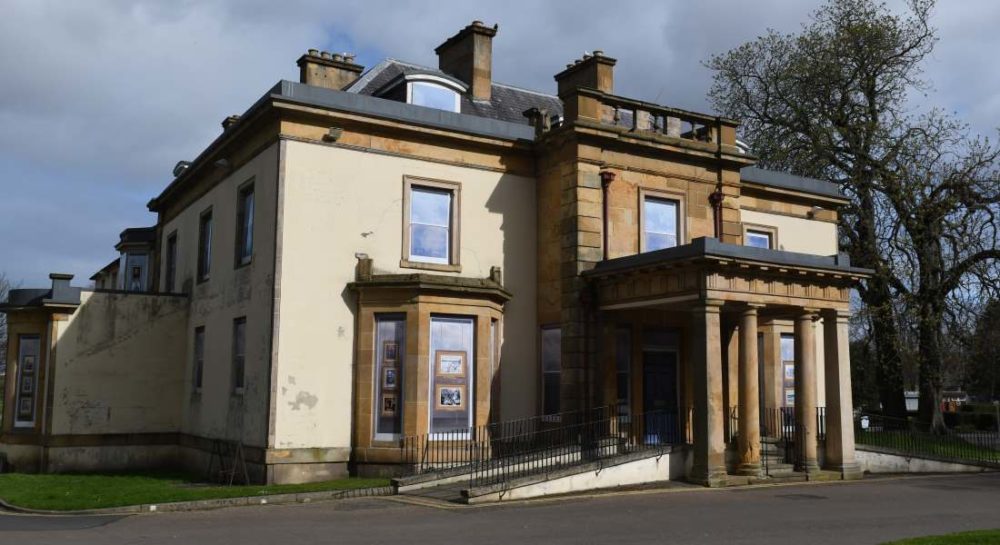 THE GROUP CAMPAIGNING to bring an historic Moray building back into use are putting plans in place to lodge a Community Asset Transfer to take control of it from Moray Council.

Grant Lodge in Elgin’s Cooper Park has been the subject of a long-running wrangle between Moray Council and the local community.

The B-Listed building served at one time as the local library having been gifted to the people of Elgin over 100 years ago. When the new purpose-build library was created nearby, the Lodge was a Heritage Centre from 1996 – but a major fire in 2003 led to the building being boarded up and subsequently neglected.

Six years ago the Friends of Grant Lodge was formed with the intention of looking at alternative uses for the building, but while support from the then First Minister Alex Salmond was forthcoming, ultimately no progress was made with a lack of funding forcing the Council to scrap upgrade proposals.

Next week the Grant Lodge Trust will hold their AGM (June 21 in the hall at the Elgin Museum), where the next steps will be discussed – and that is set to include a Community Asset Transfer bid.

A spokesman said: “Ahead of the recent local elections all prospective councillors were lobbied to make sure that they were aware of the status of Grant Lodge – and those who were interested were taken round the building.

“Now we have our new Council in place and we are pleased to say that several of them are very supportive of our cause. Once the dust has settled after the election, all councillors will now be formally invited to inspect the interior of the Lodge.” The spokesman added that high on the agenda for the group is the CAT, following increased powers being granted to communities from January this year allowing even greater opportunities for the transfer of assets that would otherwise remain dormant.

He said: “The Grant Lodge Trust board held a meeting back on April 11 with the relevant officer from Moray Council to enquire if this new legislation was applicable to Grant Lodge.

“We are pleased to report that we were informed that it was possible for us to submit a request for Grant Lodge Trust to acquire the building on a long lease. To set the process rolling Grant Lodge Trust has lodged the pre-application submission to the Council.

“The business plan has to be formulated and with a suitable case then it will be possible for the Council to take the formulated plan to the Court of Session for permission to alter the Deed of Gift, which currently stipulates that it is not possible to lease the building.”

Part of the group’s plans will be locating potential tenants for Grant Lodge who are currently charities or social enterprise bodies – and that fit in with the charitable objectives of heritage, culture, education, arts, sport.

The spokesman said: “If anyone knows of any groups looking to use space such as Grant Lodge will offer then please be sure to get in touch with us. We currently have a potential key tenant, and two others that may use the basement area. We need more!”

Anyone wishing to learn more about securing a future for Grant Lodge are being urged to attend the AGM on June 21.