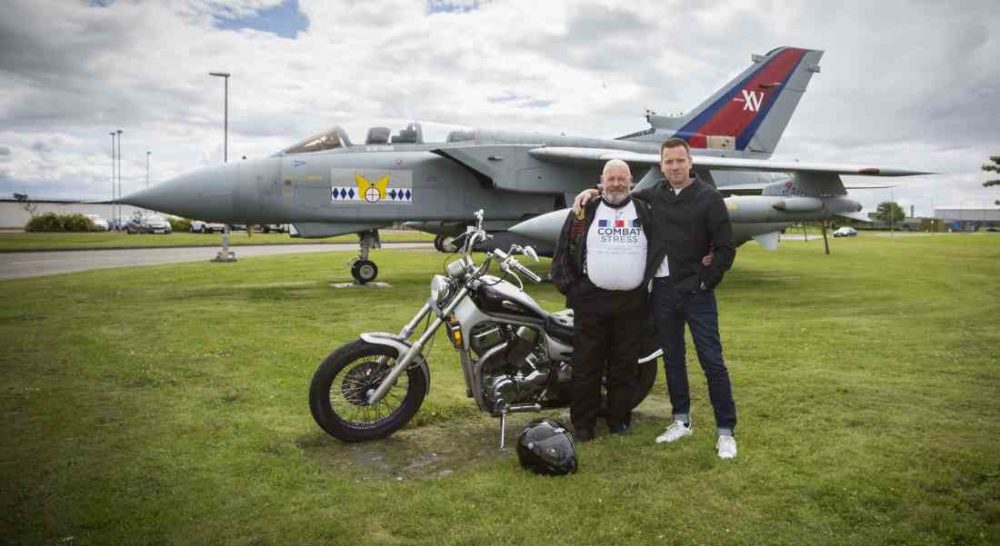 A SOLO ATTEMPT to visit military bases around Scotland over a 2400-mile journey was highlighted at RAF Lossiemouth recently.

He will have covered approximately 2400 miles when he eventually returns to Berwick. Colin, from Clara Vale, near Newcastle, dropped in to RAF Lossiemouth en-route from RM Condor, near Arbroath to Fort George, near Inverness.

His visit coincided with a private visit by actor Ewan McGregor to his brother at the base. Ewan was happy to pose for pictures with Colin and his Suzuki Intruder motorbike at the Station’s gate guardian.

Mr Pemberton decided to raise funds for Combat Stress after meeting a friend of his son who has been supported by the charity after leaving the Army with PTSD.