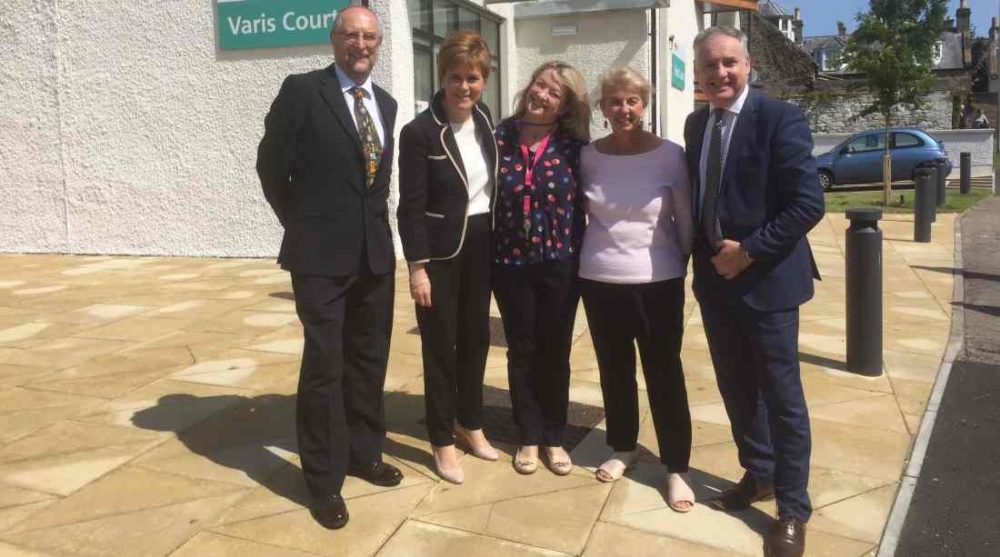 SCOTLAND’S FIRST MINISTER dropped in on Moray yesterday to see first-hand efforts being made in the region to ensure older people remain in their local communities longer than ever before.

Nicola Sturgeon accepted an invitation to attend the official opening of Varis Court in Forres – a £5.7million project that was part-funded by the Scottish Government.

Hanover Scotland are behind the complex, part of several being created with plans revealed earlier this month for another in Elgin at Hamilton Gardens, costing £7.25million and expected to be completed in 2019.

Varis Court ensures that qualified nursing is available 24-hours a day for five of the 33 flats at the complex – which is aimed at providing a more ‘homely’ environment that will aid residents back into life within their local community. The First Minister said that one of the most important ways to ensure the quality of life for older people was to increase access to safe affordable homes that would enable their living independently.

She added: “I was delighted to visit Varis Court and meet staff and residents – to see first-hand how Scottish Government investment is helping older people to remain living in their own homes, safely and securely for as long as possible.”

Ms Sturgeon was accompanied at the opening by local MSP Richard Lochhead as they met and chatted with residents and staff.