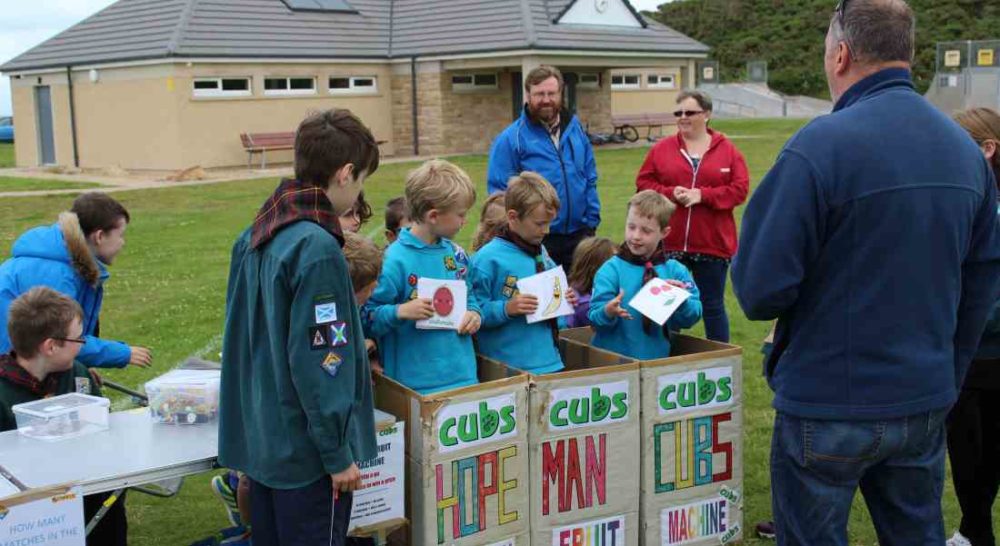 ONE OF THE most alluring local gala weeks in Moray is ready to go next week as the entire Hopeman community gather themselves for the festivities.

Now in its 43rd consecutive year, the Hopeman Gala will build on last year’s success of awarding a Community Citizen instead of a Gala Queen.

The village continues to encourage its young generation to embrace local community issues, so the accolades this year have been awarded to Beth Mackay (Young Citizen of the Year) and Erin McCulley (Community Champion), both of whom have proven to be positive role models over the last 12 months by embracing active citizenship with the Village.

The award has been given extra recognition in its second year following an appeal for corporate sponsorship by insideMORAY back in December. Having seen the request from the Gala Committee, Hopeman Stores were quick to offer their endorsement, recognising the importance that young people play in Moray’s Communities.

Gala Convenor, Lindsay Nelson, commented “We are extremely proud that the idea of a Young Citizen has gained the support of a local business.

“Not only does it reinforce the importance that our community places on the award, it will hopefully also encourage others to follow in the footsteps of this years’ recipients. We want to show Young People that their positive actions and opinions very much matter to us.” The headline act for 2017 is ‘Real Adams’, one of the finest Bryan Adams tribute acts in the UK.

For those that cannot attend the genuine rock star’s concert in Inverness next week, this might be a good opportunity to hear the next best thing. Tickets are available now from stores in the Village at £10, with the concert being held on Friday, July 21.

There will also an opportunity for people of all ages to have a go at breaking a world record during the Gala Fete on July 22.

As always, the village cordially welcomes visitors from the whole of Moray and beyond. Lindsay added “For 43 years the Gala has been at the heart of our community and our Village. We’d love to share our celebrations with friends, families and all visitors from further afield.

“Whilst we can’t guarantee the weather, we can certainly guarantee a warm welcome for all who join us.”

A full programme of events can be downloaded at hopemangala.co.uk, with regular updates being posted on Facebook and Twitter (@hopemangala).