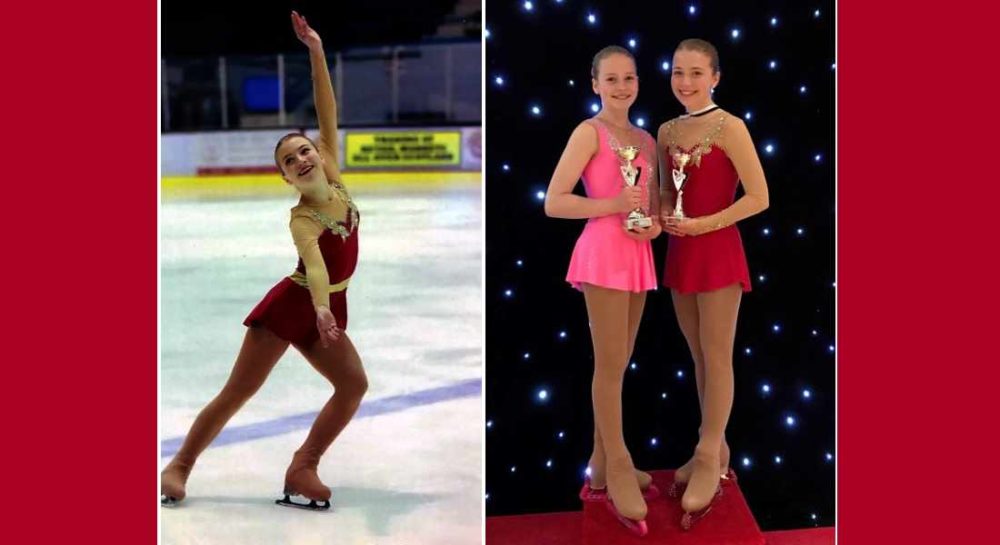 With fierce competition from skaters participating from all over the UK, the Moray skaters amassed three gold’s, two silvers and a bronze, as well as countless personal best scores.

Vivienne’s sister Ruby, who was also recently been selected to be a member of the NISA Great Britain Development Squad, won silver in the same event. To reach the standard to compete in the British Championships from one family member is impressive, but two is a rarity and is particularly noteworthy.

Gold medals were won by David Anderson, who was competing in only his second national competition and Charlotte Wright, won with a very notable score in the ladies level four event against 26 other skaters in her first skate at this level.

Elgin’s Natasha Morrison also won gold in the ladies level two with a fantastic skate against 16 other competitors, including five fellow skaters from the Moray Club, while Lossiemouth’s Emily Lawson finished a creditable second in her first outing at ladies level three in a tough group of 18 competitors.

Missing out on the podium in fourth place was Philippa Adams in the ladies level two competition.

Moray Figure Skating Club runs National Ice Skating Association approved ‘learn-to-skate’ classes for beginners of all ages and abilities every Saturday from 10.45am – 1.15pm at Moray Leisure Centre and will re-commence on Saturday, August 19.

The two and a half-hour session includes a 25-minute group lesson with championship-level coaches and over two hours practice time on the ice. The first week is free for new skaters and quality skate hire is included in the price of the regular session, all for just £7.00.

For more information check out the club’s website or simply turn up on the day.