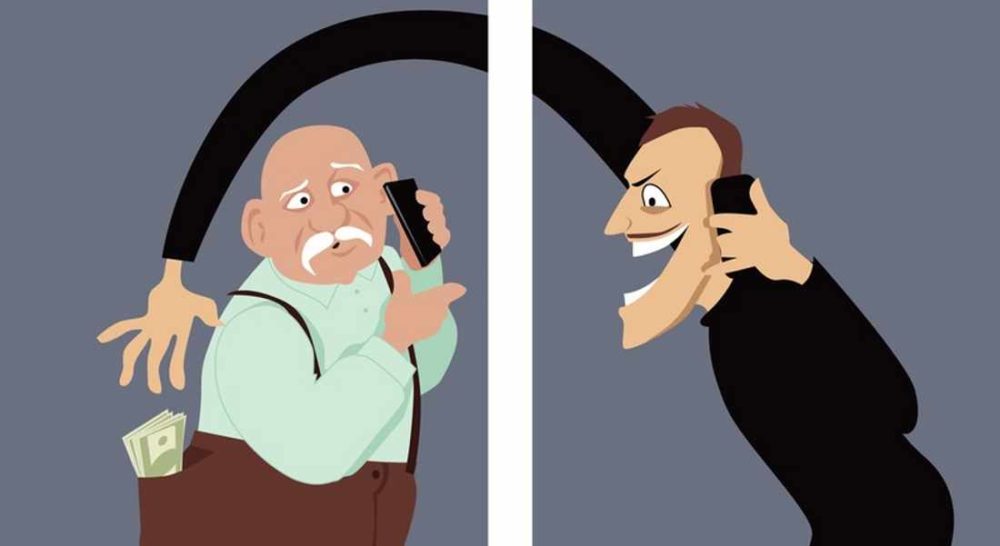 ANOTHER IN A LONG LINE of telephone scamming attempts is being reported by insideMORAY readers this week that strikes in particular at the more elderly or unwary resident.

The telephone scam is a variation on several that seek to fool victims into believing they are facing problems with their income tax.

A reader who asked not to be identified told insideMORAY: “My father had a call but, because of so many scam calls, he does not answer the phone – he lets the caller leave a message then calls back.

“In this case the message left was a very convincing one from someone who said they were from the Tax Office and said that HMRC were considering taking him to court over unpaid income tax. He was told he had to call 01618 508494 and press ‘1’ and he would be put through to the officer dealing with his case.”

However, the intended victim this time wisely sought clarification and a search online by another family member revealed that the number given has been used by scammers.

A spokesman for HMRC said: “HMRC takes security very seriously but you need to be alert. If you cannot verify the identity of the person making the call you should not disclose your personal details.

“You should report these incidents on the Action Fraud website, or you can call them on 0300 123 2040 (charges at normal rate).  Action Fraud are available Monday to Friday from 9am to 6pm.”