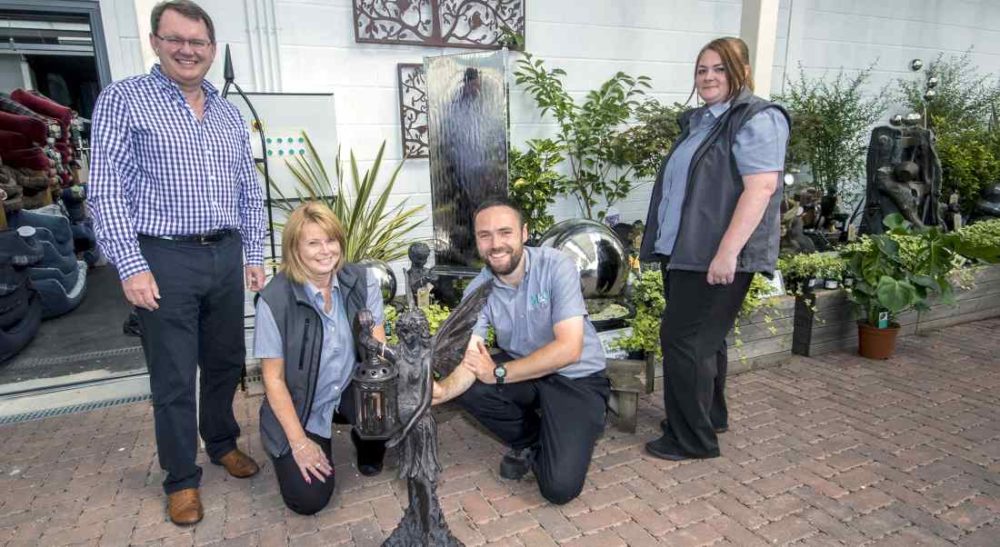 NATIONAL RECOGNITION FOR MORAY retailers has continued with one of the region’s most loved garden centres being nominated alongside national favourites B&Q, Homebase and John Lewis.

Mackenzie and Cruickshank, on the western approach into Forres, was put forward by its suppliers to win the Best Independent Garden Centre award at a trade show in the NEC in Birmingham.

Owner Peter Wilson said the nomination is a David and Goliath story: “The category is a who’s who of the largest and best-known garden centres throughout the UK.

“Our buying team travels thousands of miles every year, including trips to Europe to source a unique and varied range of goods to sell. To be up against such big names is going to make this a tough competition to win, but it is also recognition of our efforts to buy high quality goods for our customers.

“With such a small local customer base and the need to attract regular visitors to the garden centre from up to thirty miles away, the buying team understands the need to offer a constant changing range of high quality products for sale throughout the year.

“It’s such a great honour for a small family business in Moray to have been recognised by the major suppliers in our industry.

A spokesperson from Glee, said: “The Buyers Power List is Glee’s own way of celebrating the outstanding talent of buyers in the garden retail industry and their influence on the market.”

The Moray public has an opportunity to have their say in the Glee awards by voting for Mackenzie and Cruickshank online.