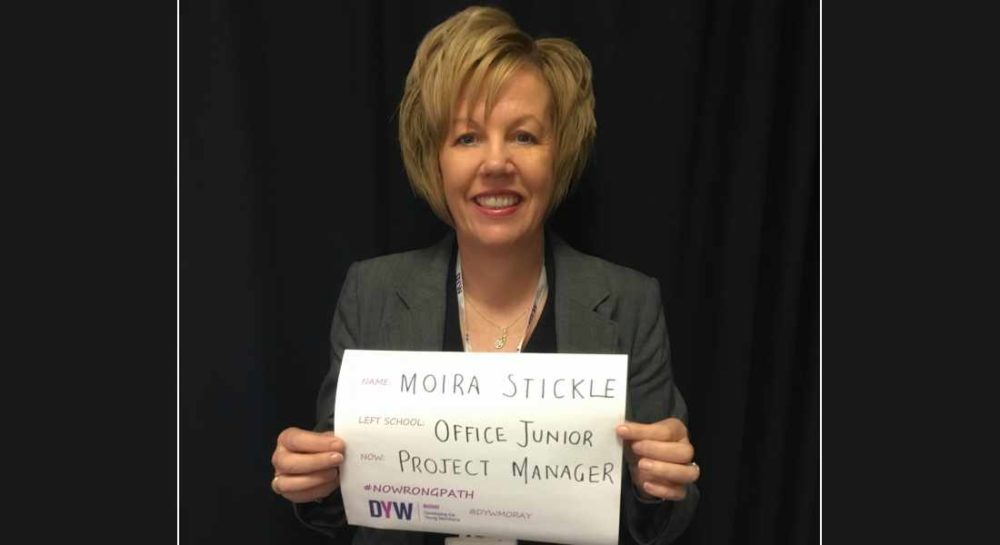 A SOCIAL MEDIA CAMPAIGN is being launched by Developing the Youth Workforce (DYW) in Moray and throughout Scotland.

The national campaign highlights the work DYW’s regional group will be undertaking on Scottish Exam Result Day, August 8, in celebration of the diversity of career paths being followed after young people leave school.

A spokeswoman told insideMORAY: “We are aiming to promote the message that many people in interesting job roles across Scotland may not have taken a straight, obvious or traditional path to get there.

“On 8 August, we’re encouraging people from a variety of sectors and professions to share a snippet of their story – what they did when they left school and where they are now. We want to convey a message to young people that there are a variety of ways to get into a variety of job roles – that there is #nowrongpath.”

The campaign was the idea of DYW Glasgow – who quickly realised it had sufficient merit to be rolled out throughout the country. The spokeswoman added: “We would like local businesses to pledge their support on 8th August – so please take a note of this in your diary if you wish to get involved.

“We would like to ensure that Moray stands out in this campaign so we hope that businesses can share it with your networks internally and externally.”