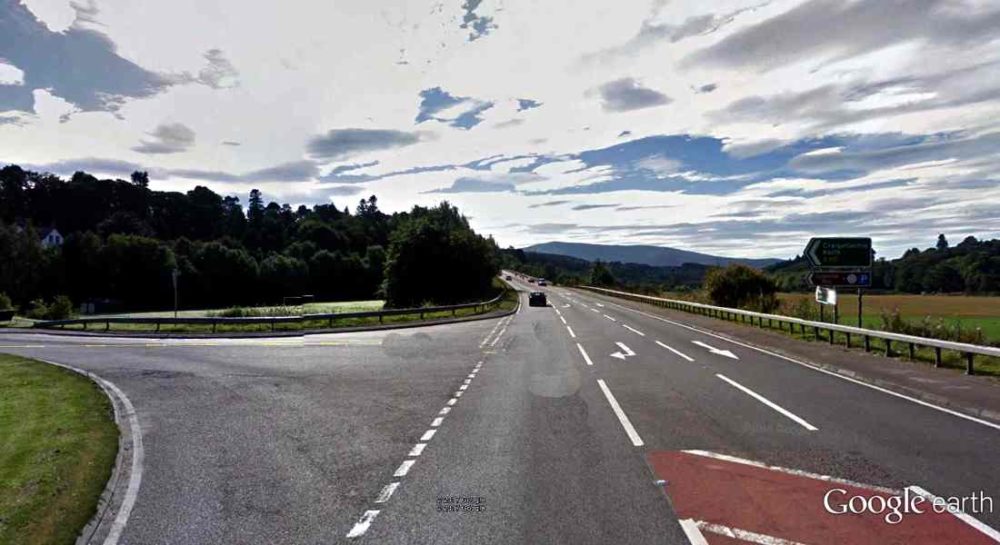 MOTORISTS ARE BEING URGED to take particular care at a busy junction on the main route south from Moray after a second serious accident led to three people being taken to hospital.

Police were joined by two Ambulance crews and a Fire and Rescue service unit on the A941 at its junction with the A95 at Craigellachie on Monday.

The road was blocked for several hours after a white delivery van was involved in a collision with a grey Mercedes car – thought to have been driven by holidaymakers.

A Police Scotland spokeswoman confirmed that three people were taken to Dr Gray’s Hospital in Elgin, saying: “Officers received a call at around 1.15pm – Fire and Rescue and Paramedics were in attendance.

An accident on the same spot towards the end of last month resulted in two people having to be cut free and taken to hospital with broken bones.