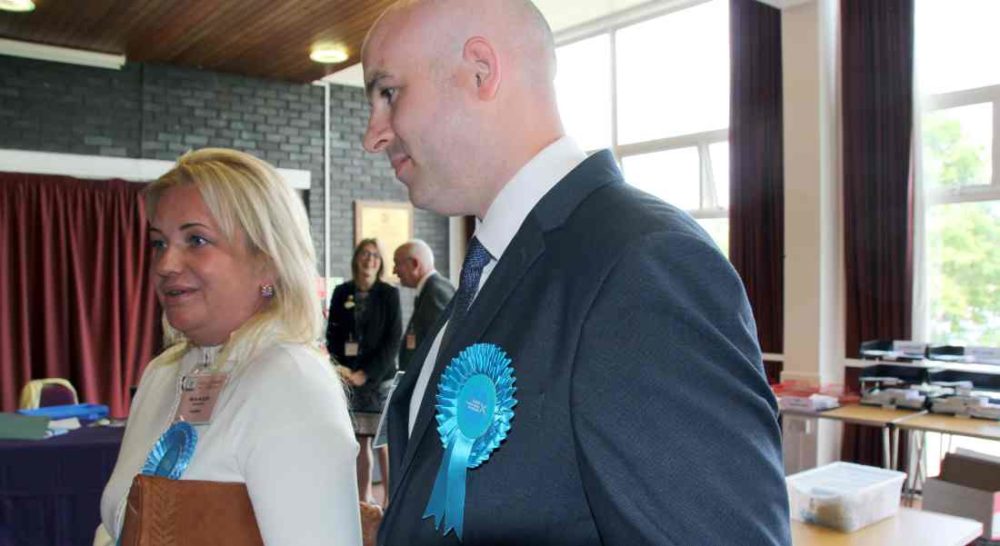 THE MORAY COUNCIL Conservative and Independent administration will return after their summer recess in a stronger position following the election of Maria McLean this morning.

Scottish Labour candidate Nick Taylor was ejected at the second stage with 365 votes will independent Terry Monaghan was first to be ejected with 124 votes.

No candidate managed to reach the required quota from a turnout of less than 25% – but with the most votes after stage three, Mrs McLean was duly elected. Following the count she told insideMORAY: “I am delighted with it all – I am now very much looking forward to working with colleagues, I realise of course that it is a difficult job and there will be a lot of hard work but I am ready for that.

“I am looking forward to taking part in debates – I think that I will be fine, always for me the biggest worry was about today [the election], what I could say and having to deal with so many questions and what if I could not give answers.

“But it is done, the votes have been cast and now I have a job to look forward to – I must thank everyone who voted for me, I appreciate their support and will work hard for everyone in the ward.”

Her husband Ray Mclean admitted the vote was close – but said he was not surprised that his wife had succeeded, adding: “We are very happy with the result and we look forward to working together in the council chamber for the benefit of all of Elgin now, and not just the south or north.

“Maria is going to be a valued member of the administration and I’m sure the rest of the group will look forward to working with her as I do. There is a lot of investment coming Moray’s way – I think the future is much brighter for Moray than some people would like to believe.”

For the SNP’s Patsy Gowans there was resignation that it was not to be, saying: “There can only be one winner in this election and now Councillor Maria Macrae won, I actually believed she would have won with a higher margin but we managed to narrow the gap so I was quite pleased about that. I am very grateful to every resident who came out and voted for me.

“We worked so hard and had good fun while working hard – the SNP always has to work harder than the other parties and for this we pulled out all the stops but we had fun doing it.”

“It is a time when Moray as a whole needs councillors to take on many committees plus all the background work for their communities. So it is disappointing to me [to hear that] – I was working 12-hour days.”