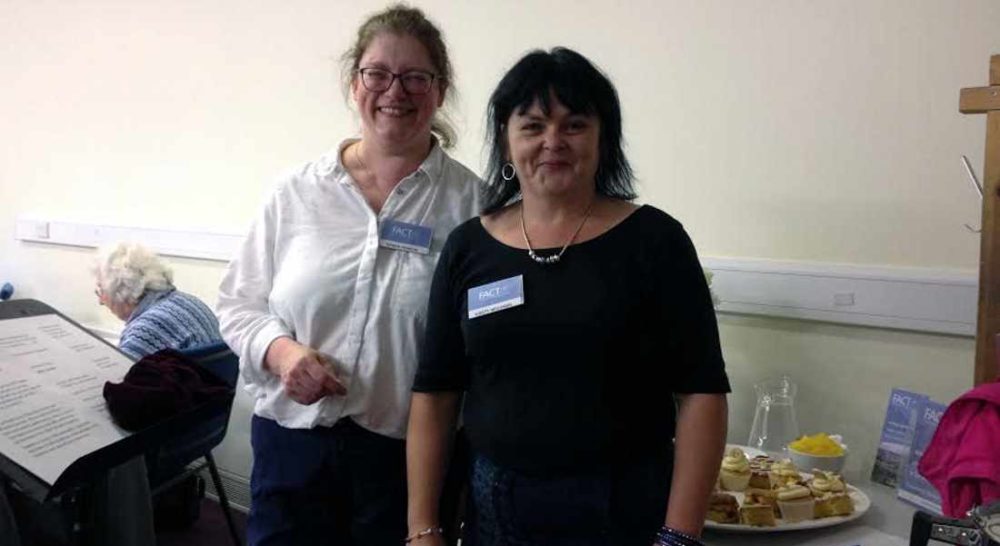 A NEW BEFRIENDING SERVICE for older people has been launched by the Forres Area Community Trust (FACT).

The ‘Cameron Project’ launched at a public event recently that was judged to have been a great success by project coordinator Kirsty Williams.

The project was after William Cameron, the postie who left the residue of his estate to the Auchernack Trust.

“Getting older does come with its frustrations and limitations but does not mean that Older People have lost their zest for life or willingness to get out and enjoy themselves,” Kirsty explained.

She continued: “Cameron’s Champions will support Older People to live their lives to the full and enjoy getting out in their community.”

Since the launch there has already been a great deal of interest from Older People wishing to access this new and exciting service. However, in order to run it volunteers are urgently needed to become the Cameron’s Champions who will provide the support in the community.

Kirsty said, “I am appealing for 10 volunteers to come forward. That is all it will take to the project up and running.” All Cameron’s Champions will be given induction training to ensure they are confident in their role.

In addition to the launch of the Cameron Project, Kirsty has also been updating the Older Person’s Directory of Services which will be published next month. The directory will be located in prominent places around the Forres area.

Any businesses or organisations interested in displaying copies of the directory for people to pick up can get in touch, leaving their details and the number of copies needed.

For those who would like to know more about The Cameron Project or hold copies of the directory for distribution, Kirsty can be contacted at the FACT office 1, Leask Road, Forres. 01309 674 388 or email kirsty@forresarea.org