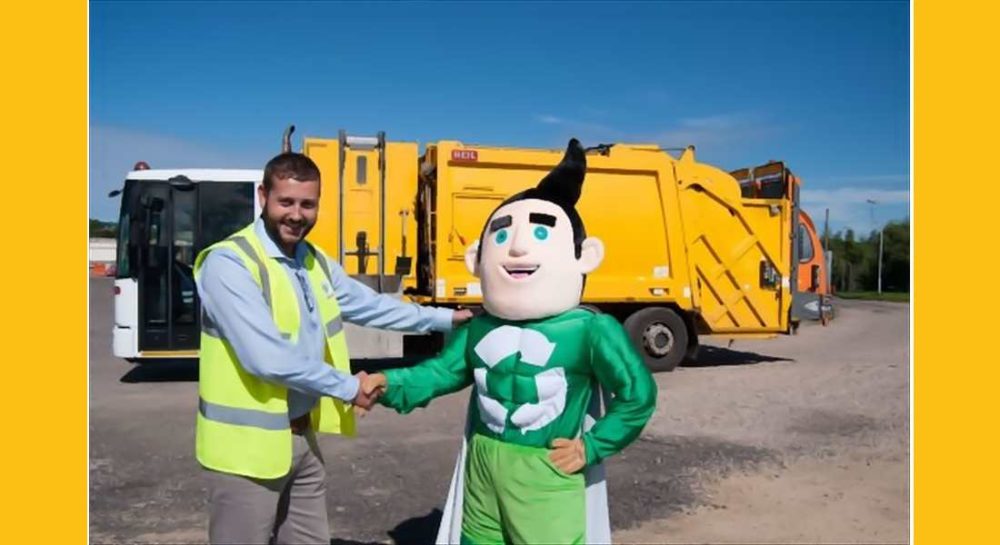 THE LOSSIEMOUTH RAFT RACE tomorrow is to mark the first appearance of a new super-hero spreading the recycling message throughout Moray.

Enviroman will be introduced to thousands attending the event – and reminded that he is part of Moray Council’s campaign to make recycling ‘cool’.

Believed to come from an almost-full landfill site far, far away, Enviroman will be handing out momentos to encourage people to recycle more of their waste – and he will be more than happy to pose for selfies.

Waste officer for Moray Council, Mike Neary, said that although Moray does well in recycling, he needed some superhero help to make it even better.

“Enviroman has seen all the material that ends up in landfill that should never be there, and he’s determined to help us all do better,” he said.

“We could save so much taxpayer’s money by using our recycling bins better, and he’s keen to get that message out to everyone.”

Enviroman will be a regular sight at local fetes and events, and anyone wishing to see him at their events should contact Mike, who’s acting as his earth-bound agent.