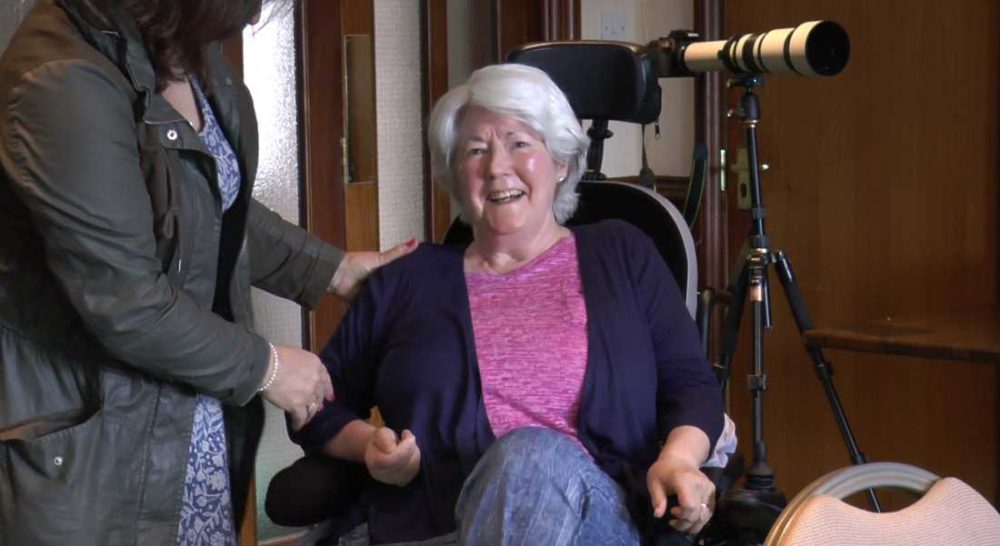 MORAY FILMMAKERS ARE set to premier their latest work seeking to raise awareness about the experiences of stroke survivors at the Eden Court in Inverness.

Creative Visions have been behind several productions involving young communities in Lossiemouth and Forres, highlighting historical aspects of the Moray towns.

Their latest production, however, moved to Inverness where for six months they have been creating a production on the support stroke victims have received from the Highland charity ‘Strokeness’. Formed two years ago, the charity offers support to stroke survivors and their families from people who understand just what they are going through.

Strokeness are a dynamic self-funding group who provide a wide range of activities and interest groups for their members. Alan Reeks, one of the founder members, had the original idea to make a film to record the work of the charity – and this year he collaborated with Yvonne M. Findlay of Creative Visions Moray to make it happen.

The film – ‘Survivors Not Victims’ – explores the impact of having a stroke and the journey of recovery offering insights to the experiences of stroke survivors, their families and friends. Filming sessions recorded some of the remarkable achievements made by the group members on their journey of recovery.

The staff of Stroke Unit at Raigmore Hospital described the care provided by the multi-disciplinary team immediately following a stroke and during rehabilitation. It is planned that the film will be included in an information pack for patients to receive when leaving hospital.

The film will also be shown at healthcare conferences and as part of a health and wellbeing festival in Moray in October. Yvonne told insideMORAY: “Dr Sonia Allori, who had recently joined the group, composed theme music and worked to compose music for the poems and lyrics written by her fellow members of Strokeness.

“Promising young camera operator Andy Wells was involved in the filming of the documentary and the beautiful photography of Steve Boyle explores the geography of the Highlands and highlights the particular difficulties associated with living in isolated areas following a stroke.

“Steve has recently regained the ability to play his guitar and has composed a song for the film. The lyrics explore his journey of recovery after his stroke with the support of his wife and Grandson. The film making project demonstrated a wonderful team effort by all concerned.

“The process of producing the film has proved to be a valuable group bonding experience as team members shared their experience for the camera in the company of the other group members. This provided the opportunity to share and discuss.

“One group member commented that they realised ‘they were not alone’ when hearing others describe shared difficulties. It also served to encourage and give hope by demonstrating what is achievable. The process was also a very enjoyable social experience for all involved.

“The Waterside Hotel have been extremely supportive of the project and most of the filming has taken place there. Strokeness and Creative Visions Moray are extremely grateful to Mr and Mrs Manson and their family & staff at the Waterside Hotel for their help.

“The location and facilities have been perfect to facilitate filming and allow access for those with mobility difficulties. There will be a private screening ahead of the Eden Court public premiere for those who have taken part at the Waterside Hotel Inverness on the August 27. This will combine with a celebration buffet to celebrate the second anniversary of the founding of the charity Strokeness.”

Survivors not Victims will premiere to a public audience at the Eden Court Theatre on October 16 at 6.30pm – tickets will be priced at a minimum donation of £4 for the Strokeness charity.