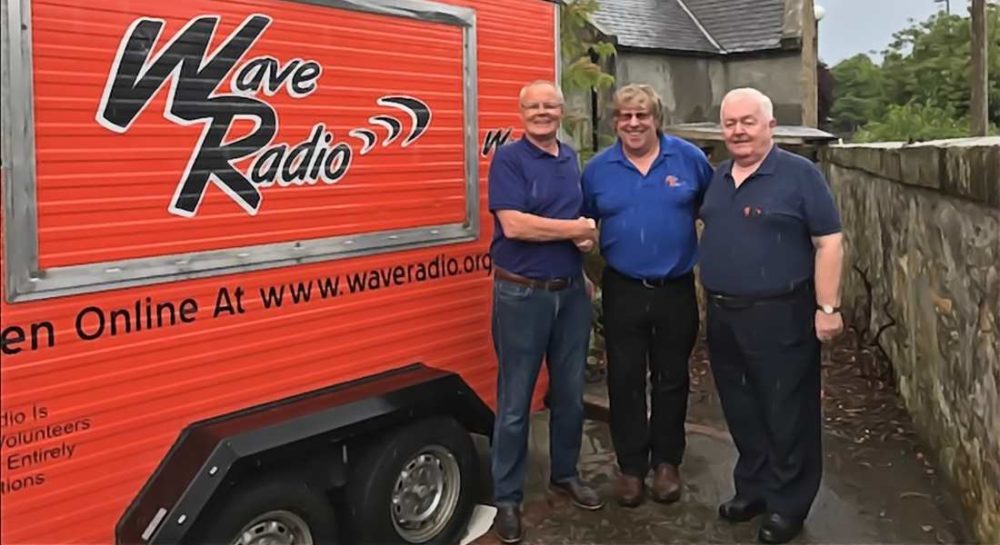 OUR COMMUNITY RADIO NEWS partner Wave Radio have been celebrating today with news of their own – a funding boost that goes some of the way towards providing a new mobile unit.

The Budge Foundation has granted Wave £2500 towards the estimated £6000 cost of a replacement mobile unit, which allows the Dr Gray’s based hospital and community radio service to attend and broadcast from events around Moray.

Wave’s Chairman, Stewart Kennedy, said that the trailer was an essential part of the services provided by the charity – and as local groups and organisations are willing to pay for the use of the trailer it is a valuable source of income to keep the service going.

Revealing agreement to provide the grant, a spokesman for the Budge Foundation said: “We are delighted to support Wave Radio and were very impressed with the application for funding which had been submitted by the organisation.”

They added that the award, with a value of up to £2500, is valid for a period of three years which should allow Wave Radio sufficient time to raise the corresponding matched sum to allow a new fully equipped trailer to be purchased.

Ron Buchanan, Membership Co-Ordinator of Wave Radio, said that Wave Radio are always on the look-out for further volunteers with people of all ages welcome to join their very enthusiastic and friendly team.

He added that school pupils in the latter stages of schooling may find such community involvement a good addition to their CV’s – and, of course, if their interest is in news reporting then they could join Stuart and Karen on the weekly Wave Newsbeat with insideMORAY production.