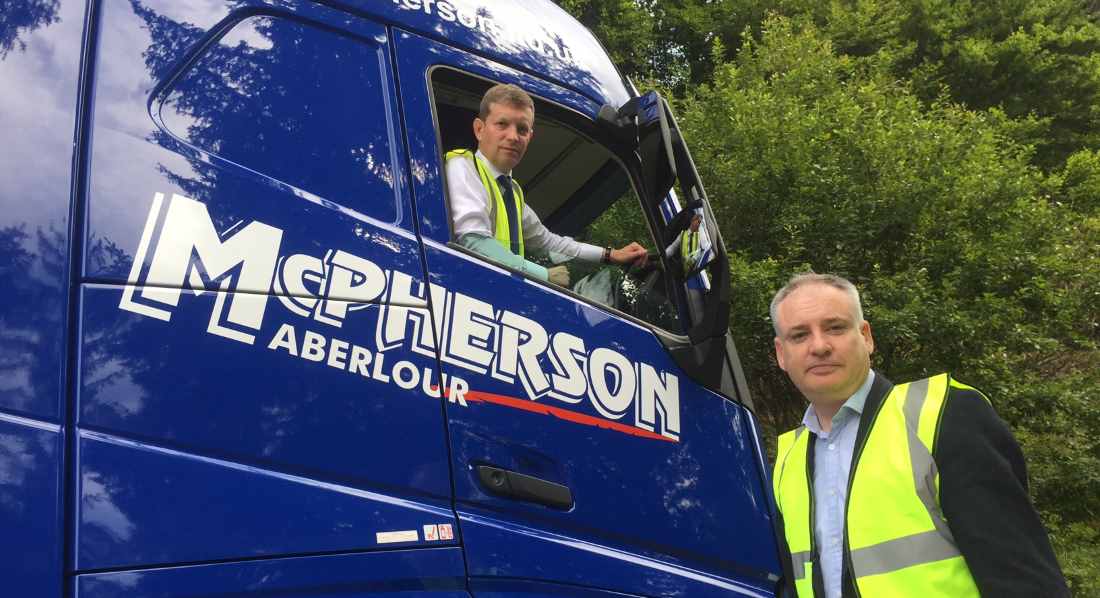 ROAD IMPROVEMENTS IN MORAY promised after Scotland’s Transport Minister visited Moray after the issue was raised almost a year ago are now under way.

The minister was brought to Moray by local MSP Richard Lochhead to see for himself the difficulties faced by Whisky transporters on the A95 in Moray.

Mr Lochhead had highlighted the difficulties being faced by local haulage firms on the busy route, their trucks being too wide to pass each other safely – with the result that damage to vehicle wing mirrors was costing around £1000 a month.

Last Thursday a £260,000 project to widen part of the road began on the Keith to Aviemore section. The half-mile stretch of the route between Advie Bridge and the Tormore Distillery is expected to be completed by the end of this week.

The latest work on the route comes after some resurfacing had been carried out near Aberlour earlier this month.

Temporary traffic lights are in place with motorists warned this week that the will continue to face delays with a speed limit of just 10mph through the works area.

Bear Scotland north-east representative, Andy Thompson, explained: “The investment from Transport Scotland will allow us to widen the A95 and remove defects in this section of the route to create a safer, smoother and improved surface for road users.

“We would ask drivers on this route to follow any traffic management that is in place for their safety and we thank them in advance for their patience during these improvements.”

Works on the route will be carried out between 8am and 5pm daily.