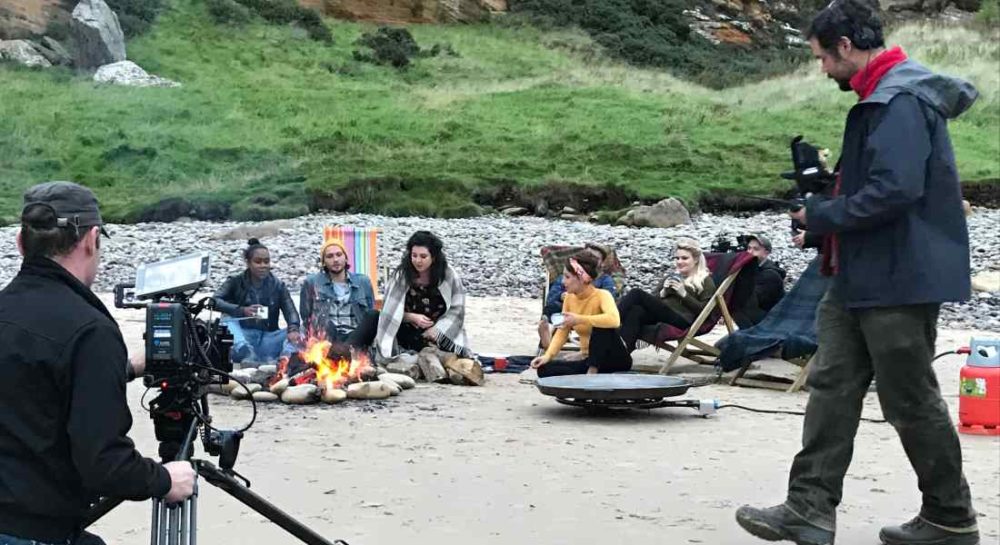 TV CREWS WERE in Moray yesterday filming for a series of one-minute advertising features being shown every evening this week on Channel 4.

The TV station was filming in partnership with VisitScotland, providing an interactive television campaign that invites viewers to take part in a direct series of advertisements.

Launched on Monday, the Moray segment is due to be aired this evening at 10.10pm – the video is being shown during the matchmaking show ‘Celebs Go Dating’.

A cast of six young travellers are experiencing a range of exciting activities across Scotland every day of the campaign. Each ad will illustrate the past 24 hours of the travellers’ escapades before offering viewers the chance to vote via Twitter for the activity they will undertake the following day, using bespoke hashtags linked to #ScotE4.

The Twitter poll will remain live for half an hour after the ad has aired, votes will be counted and the production crew will transition to the next location, ready to film the following day’s spot. In a first of its kind, a casting ad offering viewers the chance to be a part of the six cast members has just launchedon E4. Off air, viewers will be able to find extra footage and a viewer competition by visiting www.E4.com/visitscotland.

The partnership was brokered by Jack Bridgewater, Partnership Account Manager in 4 Sales’ Manchester office. The Chase Films are producing the creative.

Barry and Ruth Scott from the West Beach Caravan Park in Hopeman and the Bothy Bistro in Burghead were contacted by Channel 4 researches and asked to help them shoot the Moray segment.

Ruth said: “VisitScotland and Moray Speyside Tourism put the locations team, directors and producers in touch with us – the remit being that they needed a beach and a chef for a beach BBQ.

“We suggested it was more fitting in the Moray Coast to cook Moray Firth Langoustines so Eddy, our head chef, showed the cast how to cook and shell Langoustines. They were cooked on the beach in garlic butter.

“We suggested Cove Bay as it shows the best of the moray coast – sandy beaches and sandstone cliffs – in one small idyllic location.”