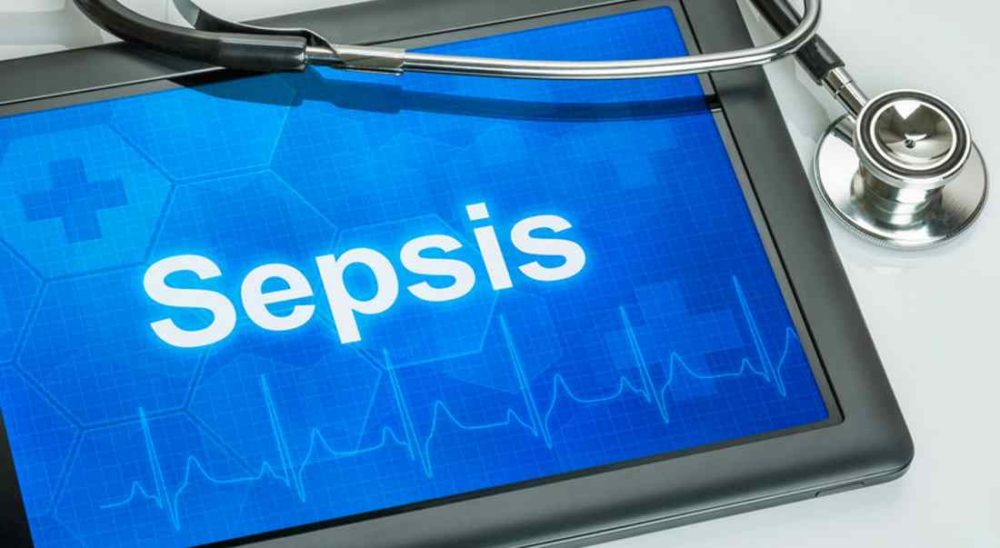 THIS ONE IS PERSONAL – and has been bubbling under in my household since the tail-end of last year, a time I will never forget as it was when I nearly lost my wife.

Today is World Sepsis Day – now, before you immediately switch off, I know these ‘days’ can become tedious. Trust me, you need to know about this one.

Sepsis – used to be known as Septicaemia – is not a disease, but it is a killer and causes the deaths of around 4000 people each year in Scotland. It is a condition that is caused when the body ‘over reacts’ to fighting an infection – and if it is not spotted quickly enough, and we mean in days or even hours, it can kill the person unfortunate enough to contract it.

People like my wife, who fortunately came through after being rushed to Dr Gray’s where she underwent immediate and intensive life-saving treatment. But like so many cases it perhaps could and should not have become the emergency it was, again, as in so many cases, the signs were there for ourselves and the medical profession to act upon.

Recently the Scottish Government refused point blank to raise the profile of Sepsis, saying there was ‘no need to do so at this time’. Sorry, but like many media commentators today, I beg to differ – it is time and it must be done.

In the case of my wife, back around October last year she was awaiting a long-delayed procedure to remove a Gallstone – the pain she had been suffering had gone on for some time. Then she started to feel ill – very ill.

She had a higher than normal temperature, feverish, and yet was suffering from chills. She became ever more confused and disorientated, breathless and would not eat. Her speech was at times slurred.

Under orders she went to see the doctor, we believed that an infection of some kind was the problem. She was sent home with instructions to rest, was unlikely to be an infection. After a very short time, things got worse, back to the docs who were asked if it might be an infection or connected with her gallstone issue.

Again, she called the doctor who again said if it was no better tomorrow we’ll try antibiotics “in case it is an infection”. The following morning, she reported worsening symptoms, so the surgery was told please, can we do something. They took a blood test and promised a ‘call back’ the following morning – but that did not arrive in the next 24 hours. We called them, and were only then told that there was signs of in infection and OK, we’ll put you on antibiotics.

Just hours after taking the first tablet I heard a thump in our bathroom, and found my wife unconscious on the floor.

From there on in the medical attention was first class – from the NHS 24 nurse who called an ambulance, to the ambulance crew, then Dr Gray’s. Very quickly the infection was established as the issue, with sepsis the likely cause of her worsening condition. She started immediately on much more powerful antibiotic treatment and had the source of the infection – the gallbladder – removed.

She spent two weeks in Hospital, a large part of that in the excellent high dependency unit, then many more weeks with a hole in her side as she slowly recovered.

I almost lost my wife and since then have lost a great deal of my prior trust in the National Health Service. We both have. Our doctor’s surgery team are fine people, we do not totally blame them for having to work in a system that is frankly broken. They have too many patients and too few doctors, all the same I cannot help but feel bitterness after being told, on highlighting the entire issue to a practice doctor and asking for an explanation on why it took so long for them to react, I have heard absolutely nothing since.

That is ten months later – nothing. But here we are, World Sepsis Day, the reason I’m bringing all this up now, using my readership here in Moray to highlight this dreadful condition, hoping that more people become aware of it as a result. Hoping that demands for action are finally made and met.

I do so knowing that if, just if, either of us had paid attention to World Sepsis Day a year ago, we might well have been able to recognise those symptoms for what they were – if this helps save one other family the worry we went through, good.