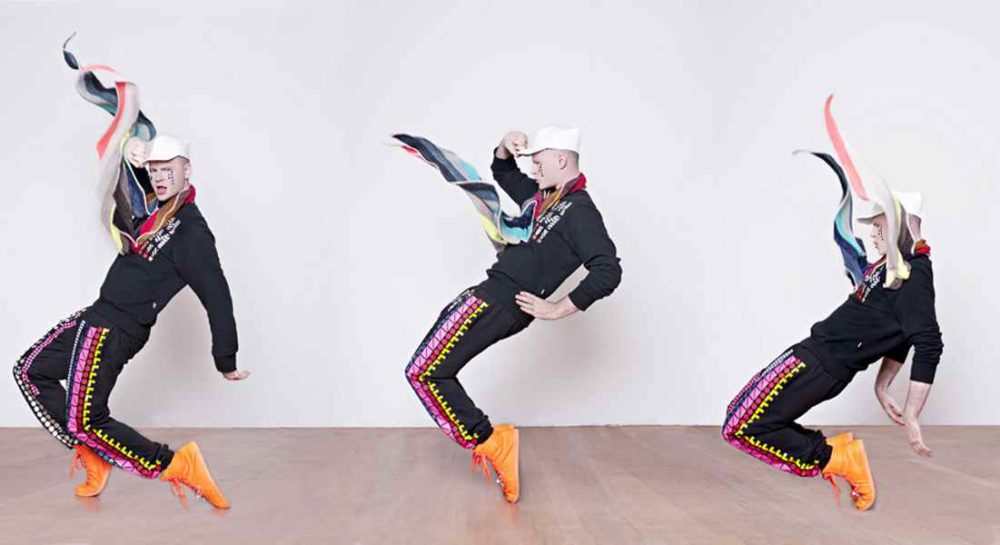 COMBINING KNITTING AND DANCING is not perhaps the first activity that springs to most minds – but that is exactly what is happening at a quirky dance festival in Moray.

Bodysurf Scotland is set to stage a two-week celebration that will combine the resurgence of knitting with the art of dance.

The workshops will be run by pioneering dance improviser Kirstie Simson and international knitwear designer Stephen West, and will culminate in a multi-coloured, intergenerational, dance improvisation, yarn spinning, Moray mash up.

Running from September 11 to 13, ‘Dances with Wool’ is the latest instalment of Bodysurf’s ‘Rise’ programme, which provides quality dance experiences for all ages and abilities. The dancing and knitting project captured the hearts of audiences when it was pioneered by the duo in 2013, bridging the gap between contemporary dance and the traditional craft of knitting.

Featuring a world-renowned dancer who knits, and a world-renowned knitter who dances, Kirstie Simson and Stephen West now invite the communities of Moray to share their passion for movement and all things wool, offering a range of dancing and knitting workshops to schools, community groups and in towns across the region.

The project will then culminate with a high fashion catwalk and purl of a finale event.
The recent resurgence of knitting has been attributed to social media, fuelled by the availability of inspirational images and patterns, alongside the creation of Ravelry – a social media / blogging site for knitters the world over.

Before taking the world by storm with his knitting patterns, Stephen West studied dance at the University of Illinois and still today uses the freedom of movement as inspiration for his work. Whilst the correlation between knitting and dancing may not be instantly obvious, the use of rhythm, sequences, written notation and visuals connect and link these unlikely art forms together.

Kirstie and Stephen have been exploring and fusing dancing and knitting since 2013, presenting dancing catwalk shows of Westknits designs, and virtuoso dance performances accompanied by an audience knit-a-long in venues across the world.

‘Dances with Wool’ kicks off on Monday 11 September with a week of dance workshop for schools and community groups led by Kirstie Simson and Bodysurf Scotland’s Dancers in Residence.

The arrival of Stephen West will be marked with a high fashion catwalk and knitting classes for intermediate-experienced knitters.

During the second week of the project, Kirstie and Stephen will come together to take up residency in the towns of Buckie, Aberlour, Forres and Elgin for drop-in dancing and knitting days, working towards a finale performance of knitting and dancing combined.