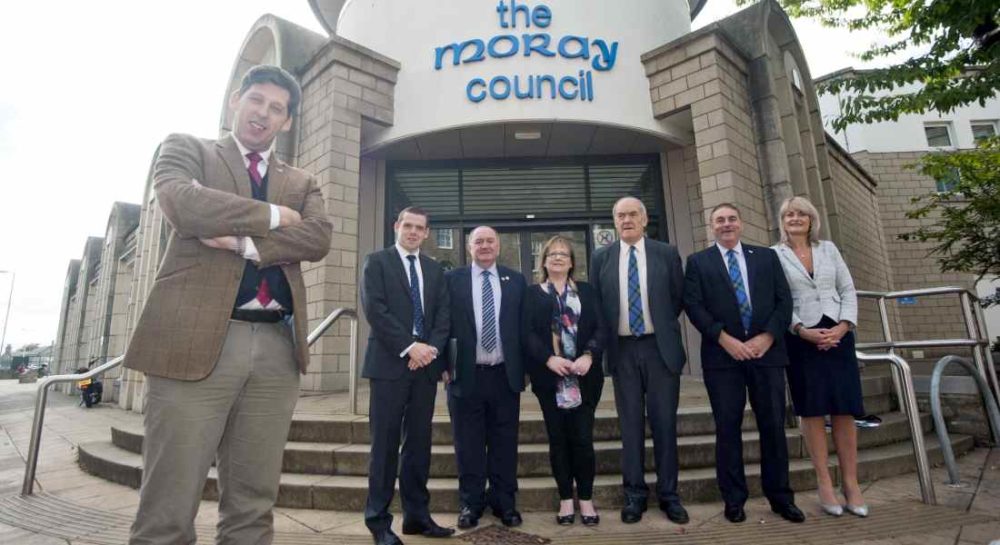 A DRIVING FORCE behind the bid to clinch a regional investment deal for Moray is appealing to residents to add their voices to what could be one of the most important steps ever taking in the region.

A successful Moray Growth Deal pitch to the Scottish Under Secretary of State on Thursday was the latest step taken by councillors this week, selling the region at the highest level being absolutely essential if support is to be gathered at both the Scottish and UK Governments.

Lord Duncan listened intently to the ‘pitch’ put to him by a local team who are driving the multi-million pound funding bid forward – but Councillor John Cowe is stressing that impressing Lord Duncan and others will only matter if people in Moray get behind the plan.

He said: “I’m greatly encouraged by Lord Duncan’s response to our bid – and I hope this will spur our local residents to get behind the bid and complete the survey, as both governments will want to know it has public support before they commit to funding it.”

To help with the development of the bid, people living in Moray are being asked to participate in the survey which will end on in just four weeks – on September 30. The completed surveys will be analysed and reflected in a report that will lead discussions with the Scottish and UK Governments.

The ‘My Moray’ campaign to support the bid was launched in July, and has seen strong levels of interest with residents attending local briefings and presentations as well as completing the survey at the My Moray stand at local events.

Councillor Cowe added: “The My Moray campaign was launched to encourage people to get behind the Growth Deal and think about what the future of Moray will look like.

“From increased job opportunities, higher wages and better education to improved digital connectivity and better cultural offerings, we can work towards tangible improvements for residents and businesses if the Moray Growth Deal bid is successful.

“Please complete the short survey at www.mymoray.co.uk and share the link with your friends on your social media pages.

“We’re going for growth! UK and Scottish governments need to know there’s public support for our Growth Fund bid, so show your support for our by completing a very short survey.”