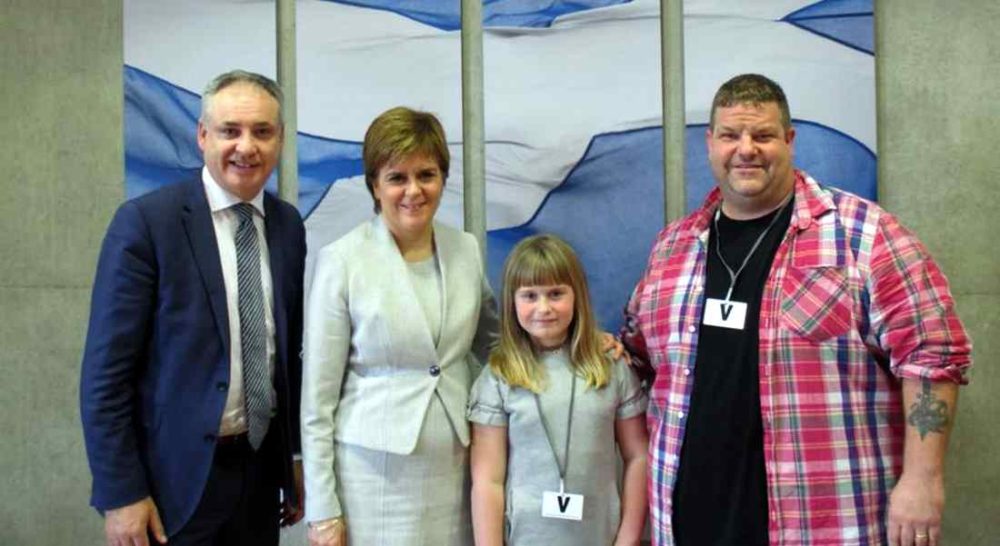 THE MORAY SCHOOLGIRL who charmed First Minister Nicola Sturgeon during a whistle-stop tour during the UK general election has enjoyed her promised day at the Scottish Parliament.

Erin Fraser met the First Minister when she called in at the Aroma café near Lossiemouth back in May, the eight-year-old Seafield Primary pupil telling Ms Sturgeon that one day she wanted her job!

The FM was charmed by a young lady who was clearly determined in just where she wanted to go in the world – and invited her to visit the Scottish Parliament after the summer recess.

This week Erin and her dad Grant did just that, meeting up with Scotland’s top politician and enjoying a tour of the Holyrood parliament. For anyone wishing to become First Minister, the first rule is hard work – and Erin was already doing just that, the visit being used as part of a school project.

Moray’s MSP Richard Lochhead took Erin on a guided tour of the Holyrood building on Thursday, saying: “After meeting Nicola Sturgeon, I gave Erin a tour, taking her to the chamber and showing her the MSP offices.

“We had a great day, and who knows, maybe Erin will be back in Holyrood when she’s older making her own speeches in the chamber and with her own office.”