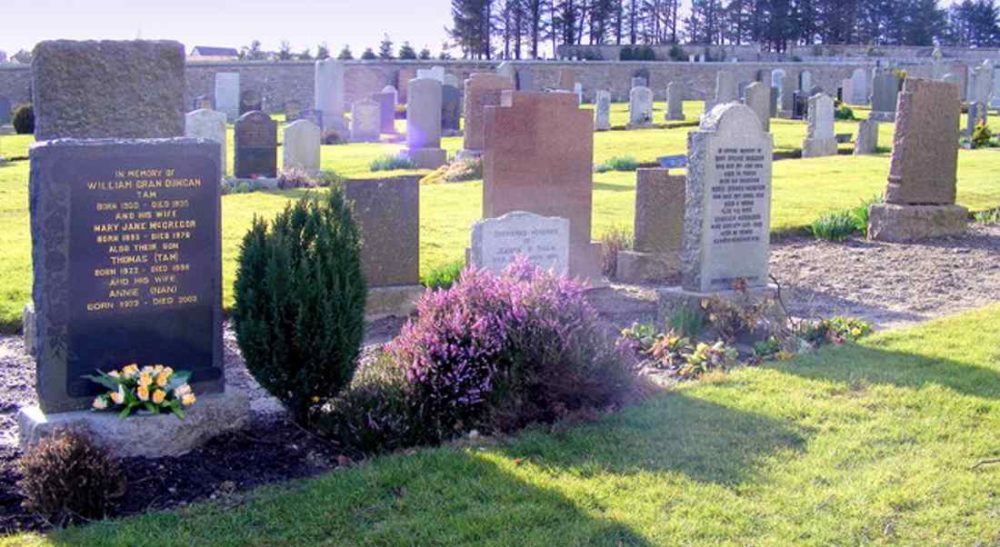 A KEITH WIDOW has been left devastated from what she described as a unbelievable and deliberate act of vandalism on the gravestone of her husband.

Aida Stewart, 67, regularly visits the graveside of her husband, former Newmill farmer Joseph Stewart who died in 2013 at the age of 93.

However, this week she was horrified to find that the granite gravestone had been destroyed, left face-down in the grass after apparently being destroyed. Mrs Stewart said she could see from some way off when she visited the Broomhill Cemetery that the stone had been dragged down.

She said it was an act of “unbelievable, deliberate vandalism”, dismissing suggestions that it may have been damaged accidentally. She added: “No other gravestones were damaged – there were tyre tracks next to it and it looks like someone attached a rope and pulled it out with a car.”

Investigating the vandalism is Sergeant Krystle Ross, who said it is believed the gravestone was damaged at some point between Friday, September 15 and Monday, September 18. She said: “Vandalism of headstones or memorial items is always extremely upsetting for families and is particularly despicable.

“I would ask that if anyone recalls seeing anyone acting suspiciously in the Broomhill Cemetery or surrounding area over the weekend that they get in touch with us.”

Anyone with information is asked to contact police on 101 or by calling Crimestoppers on 0800 555111.