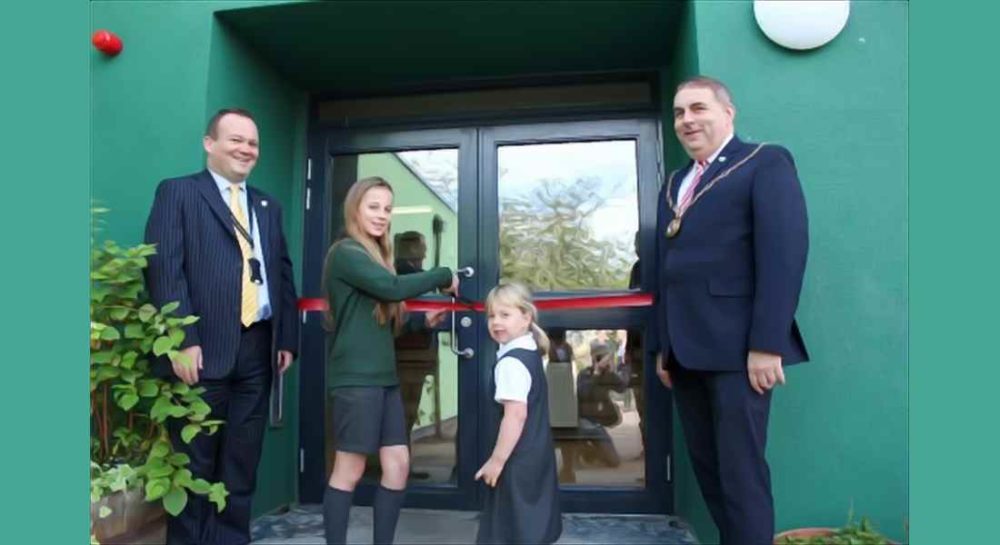 Applegrove Primary in Forres accorded the honour of cutting the ribbon on the newly completed works to the schools oldest and youngest pupils.

It took Morrison Construction 90 weeks on site to complete the project which was funded by the Scottish Futures Trust and Moray Council. To help improve the efficiency of the building, new boilers were installed as well as new windows, doors and improved insulation.

The school has 290 pupils, all of whom have been involved by helping to move classes and deciding on the finishing details for the inside of the building.

Headteacher, Lesley Meehan, said the school is now unrecognisable: “It looks like a completely different school from the outside. Being an Eco-School is very important to us – we were recently awarded our sixth flag – and the work carried out will enable the school to be much more eco-friendly.

“We’re all glad to be starting the new school year with the building works being finished.”

Construction Manager for Morrison Construction, Alex Johnston, said they owed everyone involved in the project a big thank you: “Without the cooperation of the school staff and pupils, it would not have been such a success.”

Forres councillor and Leader of Moray Council, George Alexander, said there were hopes that the refurbishment would make the school more attractive to prospective teachers.

He said: “It’s an extremely well-equipped school – I’m really impressed. The primary 7 pupils who led the tours have enjoyed living through the experience and have all been enthusiastic. Hopefully, as a result, we will see lots of them become civil engineers and tradespeople – watch this space!”