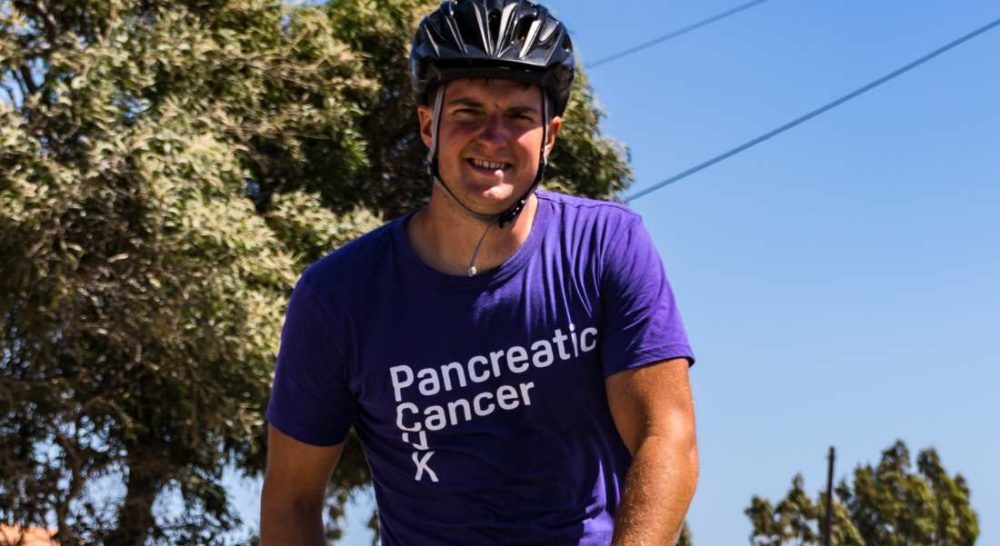 TWO LOSSIEMOUTH AIRMEN are temporarily leaving behind their jobs as armourers on Typhoon jets at the Moray base to take on a massive charity challenge.

Corporals Ben Cook and Ben Atkey will cycle to every English football club who have competed at some point in the Premier League since it was formed in 1992.

Starting out at Newcastle next month the pair will spend 14 days checking in at all 49 clubs – finishing up at Chelsea by which time they hope to have raised their £5000 target for several charities including the Soldiers, Sailors and Air Force Association.

The challenge has officially been called ‘Spider’s Away Days’ because of Ben Cook’s chance encounter with Matthew Webb, known as Spider. Sadly, Matthew’s died far too young from pancreatic cancer.

Ben explained: “Spider was in the Royal Navy and I met him 10 years ago on a cycling charity challenge in Peru.

“He had been fundraising for many charities and not long after he passed away I approached his wife Louise Webb to ask if she wouldn’t mind me taking on this challenge in his name. I only actually knew him for those 10 days but his zest for life and infectious persona made me want to do this when I had heard he’d passed away.

“He had a short battle with pancreatic cancer and spent a short time in Rowans so when I approached Louise she chose Pancreatic Cancer UK and Rowans Hospice as the two charities she wanted me to raise money for.

“With the challenge being football related I chose Prostate Cancer UK as it is a charity supported by most football clubs and I thought very apt for what me and Ben were trying to achieve. Finally, SSAFA helped me last year through a very difficult time and were there when I needed to talk. They were an obvious choice for a military charity and one I feel needs to get more recognition.” Corporal Roz Williams is the pair’s support driver and will be monitoring their progress and carrying all of the food and clothing they will need as well as equipment for any repairs along the route.

Whilst Roz has been organising the practical requirements for the challenge, both riders have been training hard for the 14 days that will see them cycle an average of 114 miles a day. Ben Cook is currently deployed overseas with his unit and has been fitting his training around his work on operations.

The pair will complete the 1598 miles together they would be really pleased to be joined by other cyclists for any of the days.

To support the Spider’s Away Days team please call 07805 215196 or visit @spidersawaydays on Facebook and www.virginmoneygiving.com/spidersawaydays17.

The ‘Spider’s Away Day’ team are still looking for sponsorship or support for their challenge, especially with supply of the high calorie snacks the two cyclists will need to eat whilst on their bikes and the costs of running the support vehicle. Any person or organisation who may be able to support the team should contact them on the number above.