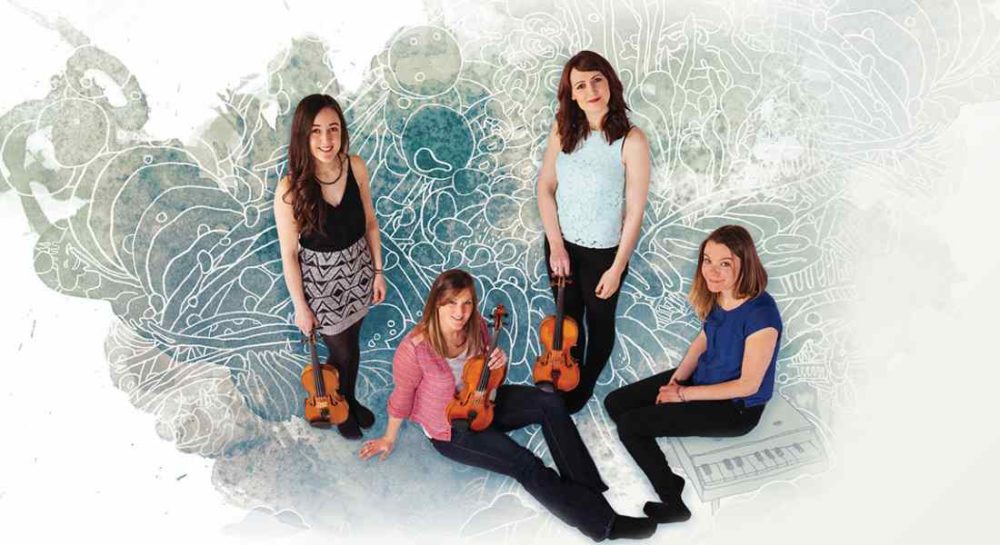 SCOTTISH FOLK MUSIC fans in Moray are set for another treat on Friday when the Universal Hall in Findhorn will kick off an Autumn tour by Orkney band Fara.

Fresh from a summer of UK and international festival appearances, the headlining quartet will tour throughout the UK – with Moray fans first in line.

Fara brings together four leading musicians at the forefront of today’s young Scottish folk scene -Jennifer Austin, Kristan Harvey, Jeana Leslie and Catriona Price’s three fiddles and a piano – to produce a fiery sound rooted strongly in their upbringing among the music of Orkney.

In the summer the group took up a residency at France’s Festival Interceltique de Lorient, and delight audiences with hotly anticipated return visits to both Tønder Festival in Denmark, and Cambridge Folk Festival, amongst others.

This autumn’s tour sees Fara play across the UK, from Findhorn to London taking in Inverness and Oxford along the way.

Following a nomination for ‘Up And Coming Act’ of the Year at the Scots Trad Music Awards in 2015, the success of their debut album Cross The Line in 2016 led to a nomination for the BBC Radio 2 Folk Awards’ Horizon Award. Fara also performed at this year’s event in the Royal Albert Hall, to a rapturous response.

Of their first three years together as a band, Fara say: “We’ve all known each other since we were children, but the process of working together as adults has created a real Fara sisterhood, which has quickly become an important part of all of our musical lives.

“The four contrasting personalities and individual musical voices in Fara make for a colourful melting pot of ideas during arranging sessions – each member brings a different musical pallet to the table.

“But the strong Orkney fiddle tradition that we all grew up with is the glue that binds us together, being at the heart of all of our musical characters.”

Fara are at the Universal Hall on Friday (September 29) with tickets available online.