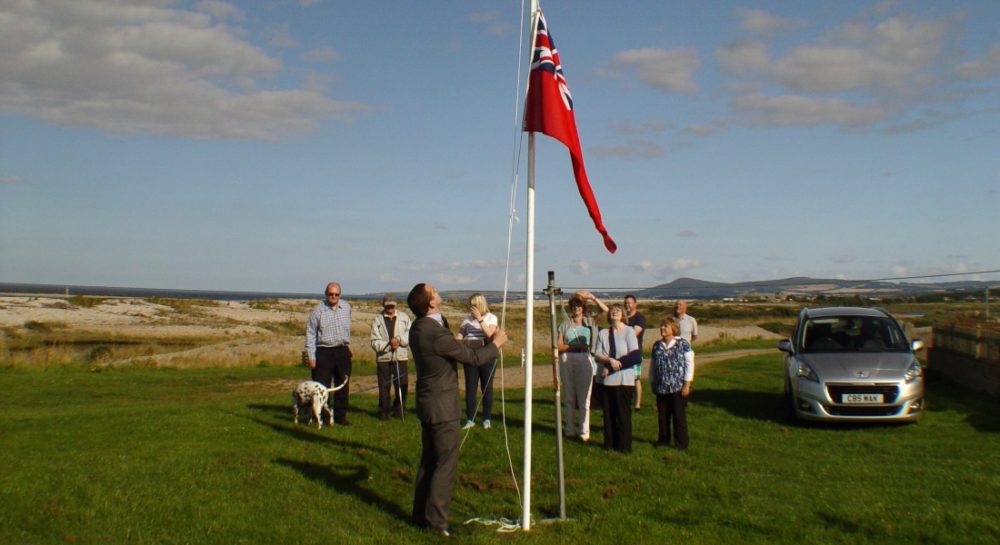 THE TOUCHING TRIBUTE to the men and women of the Merchant Navy played out in Kingston at the weekend should become a regular feature.

That was the view of local councillor Marc Macrae after noting the raising of the Red Ensign in the coastal community, part of Merchant Navy Day in honour of the many seafarers from the region who helped keeping Britain fed through two world wars.

Councillor Macrae had another duty to attend – but paid tribute to those organising the event, saying that he very much hoped it would happen at the same time each year to mark the amazing work of people that included his late father.

Councillor Macrae said: “I was touched when I learned that Innes Community Council were raising the Red Ensign at the weekend in memory of Merchant Navy seamen.

“My late father joined the Merchant Navy after the end of WW2 as a cadet officer, leaving in the 60’s having risen to the rank of Captain. It is important that we remember the service given by seafarers to their country during war and peacetime.”

The ceremony was conducted by Moray’s MP Douglas Ross, who added: “I was very pleased to take part in the ceremony and be there along with other local residents to honour those brave men and women who made a valuable contribution to the war effort, many of whom lost their lives in the process.

“Red Ensign day also celebrates those modern day seafarers who bring in 95% of the UK’s imports even today. We should be very grateful to them.

“I would like to offer my thanks to Innes Community Council for organising the special event which was held to commemorate Merchant Navy Day.”