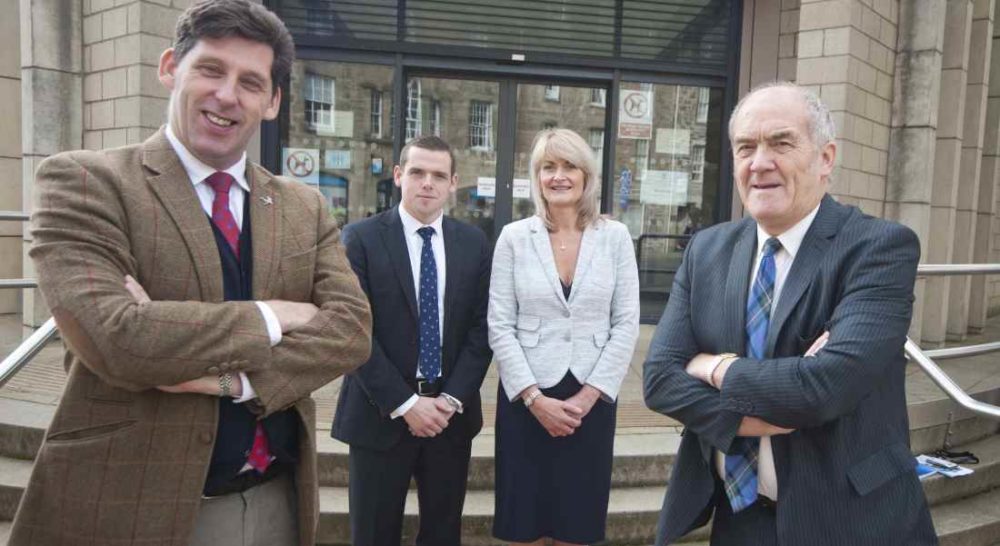 A UK GOVERNMENT MINISTER has been in Elgin to hold talks on the Moray Growth Fund – with local MP Douglas Ross urging people to have their say in the current consultation period.

Mr Ross was joined by senior members of Moray Council as well as officials in briefing UK Minister Lord Duncan on the region’s plans.

Following the meeting held at the Moray Council HQ the MP said: “I’m delighted that Lord Duncan was able to come to Moray at this early stage in the bid process to hear about the plans, how they have been developed so far and the engagement with local individuals and communities that is ongoing.

“If the Moray Growth Fund bid is to be successful then it needs the support of all partners and the UK government is a key element in this.

“As MP for Moray and a member of the governing party at Westminster I am keen to ensure details of the bid are fed in at the highest levels of government to give it the best possible chance of success. This meeting is just one of the ways I intend to raise the profile of the Moray Growth Fund bid with Ministers and the UK Government.

“The next few weeks will be vital for this process as people in Moray have their say on how they want our area to look and operate in the years ahead.

“Of course, funding is important for any Growth Fund, but just as critical is ensuring it delivers what people in Moray want it to which is why I am urging as many people as possible to take part and share their opinions during this consultation.

“It was clear from this meeting that Lord Duncan was impressed with the proposals for the Moray Growth Fund and it’s important that we all pull together to ensure this ambitious plan can become a reality.”