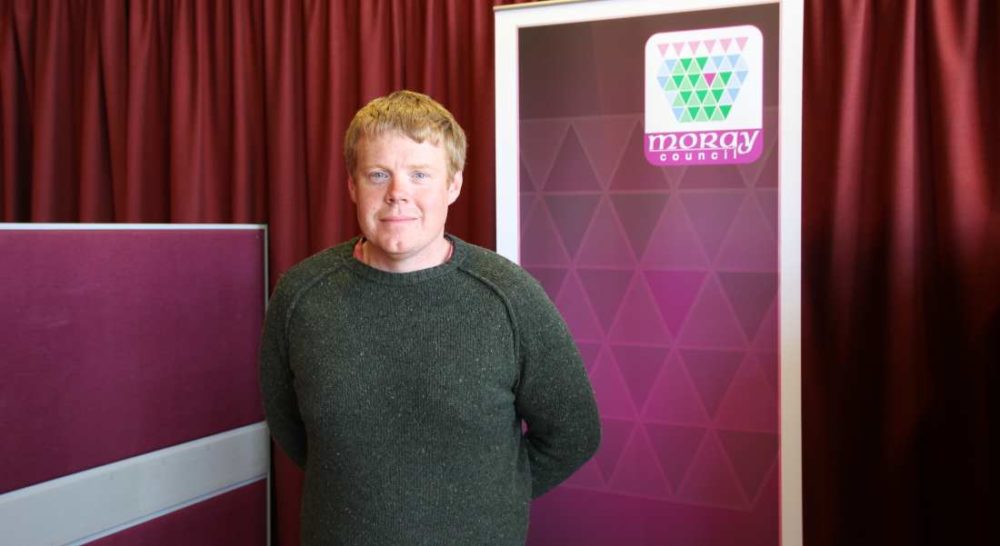 THE CONSERVATIVE GROUP LEADER at Moray Council has given the clearest outline yet as to why the local authority felt that changes to Secondary School timetables had to be introduced.

Parents from throughout Moray expressed concerns over the decision by the Full Council last week to press forward with changes – many focussing on the true value of these and the difficulties they would bring for child minding and school transport.

However, on Friday the recently elected leader of the Conservative group and chair of the Children and Young Person’s Committee, Councillor Tim Eagle, appeared on the weekly community news show Wave Newsbeat and provided his reasons for supporting the plan.

Asked first about the results of consultations that took place and if they had been published, the Buckie councillor said: “All of the information is provided online after we discussed it at Full Council this week, people can navigate their way to the papers that came out of the Full Council and that contains the report sent by officers as well as the full consultation response.

“Parents, Teachers and Head Teachers were asked [to comment], they were asked to do an analysis of the strengths, which they did and that is all detailed in that report.

“The information was generally positive I felt when reading through it, we talked to all the Head Teachers in Moray and they said it was a very good idea, that it was a positive step for attainment and that it was the right thing to do. If you look across Scotland as well that is echoed pretty much in every region that has implemented this system.” Councillor Eagle admitted that enthusiasm for the scheme was not universal, adding: “Some staff did have reservations and quite rightly so, we tried to answer them or the head teachers answered as many of them as they could.

“This really comes down to just trying to do our best for students – I made a point of going around and speaking to every teacher I could find and one teacher I grabbed in the school playground said ‘Look, it’s like this – at the moment I am delivering a science course at 116 hours, in a course that needs 160. I am rushing it, I want to be better for my students’

“He said he did not really mind what he had to do but just wanted to deliver more for his students – and that is the point of what we are doing. In terms of the Friday afternoon – that will finish at 1pm, children do not have to stay after that.

“We realised of course that there was going to be childcare issues and we hope to be able to help with that as much as possible. We hope that sports facilities will be available, they will be available – that will be down to each head teacher to organise activities on the Friday afternoon.”

Many parents were also concerned over transporting their children from school with the early finish on Friday’s a particular concern.

Councillor Eagle explained: “Transport will be renegotiated in January 2018 and will be our biggest cost for this proposal at £215,000 for renegotiating transport. Based on the outcomes of that (renegotiation) we will be able to give much more detail on exactly when we will have transport.

“But Moray Council will not discriminate against anyone, we will do all possible to make sure children have access to a good quality curriculum and extra-curricular activities when we can.”

Wave Newsbeat with insideMORAY is a weekly show broadcast via Wave Radio, Moray’s Hospital and Community Radio station at Dr Gray’s. The show goes out at 6pm each Friday – for details on how to listen or to listen to previous shows visit http://waveradio.org.uk/