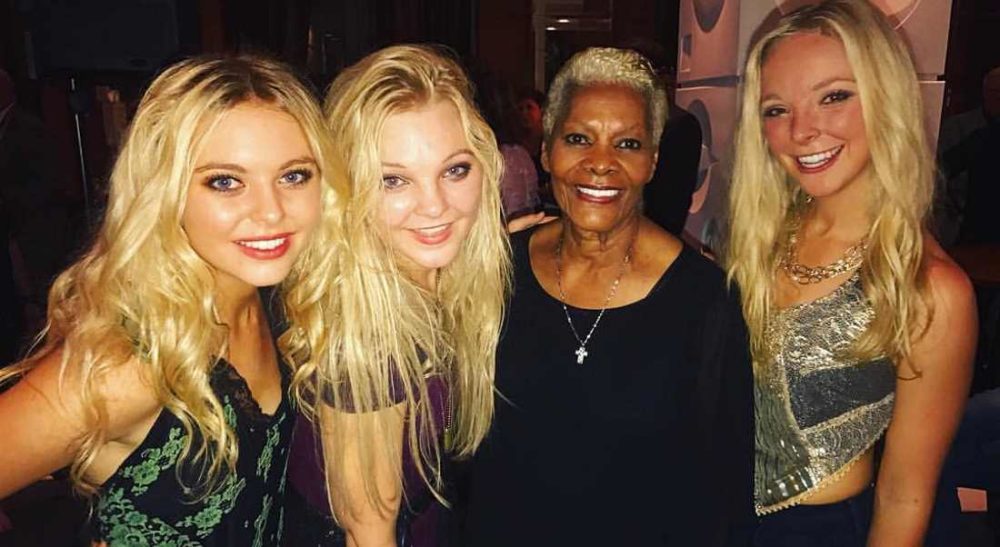 A FAMILY TRIO WHO HAVE performed in support of international stars such as BB King and Dionne Warwick are to take the stage in Moray next week.

Southern Halo will be performing a very long way from home when they appear at the Ex-Serviceman’s Club in Elgin – they hail from Mississippi in the United States.

The three sisters are from Cleveland in that state – not to be mistaken with the somewhat larger city in Ohio – and growing up in the birthplace of Blues and Rock has providing the influence for sisters Natalia, Christina and Hannah Morris.

Theirs is a signature blend of country styles with a dash of ‘Southern Rock’ – and an energy and style immediately recognisable – prompting a rise that has seen them play before large audiences and support some of the finest musicians in the USA.

“It’s been kind of crazy,” confesses 18-year-old drummer Christina, adding: “We play out as much as we can, from little listening rooms to big festivals. Basically, we’re on stage as much as possible, but our biggest thrills to date are playing the Ryman Auditorium and our first shows in the UK.”

Their first shows in the UK came back in March when they began a tour that took in London, Nottingham, Manchester, Glasgow and Newcastle. Last year they made their CMA Music Festival debut with appearances on two separate stages, were named Nashville Universe’s Vocal Group of the Year 2016, and performed at an elite pre-GRAMMY Awards show on the rooftop terrace of the GRAMMY Museum® at LA Live in Los Angeles.

Now they are appearing in Elgin, continuing their wish to play the smaller, more intimate venues as well as the large arenas – all as part of their musical education. Natalia said: “We’re still learning and we know it – we are working hard and having a blast. This is what we all want – and we understand it has to be earned.”

For 17-year-old sister Hannah, who plays bass, everything is keyed towards music: “We don’t attend regular classes – we study intensively online. Everything is geared to give us more time to work on the music.”