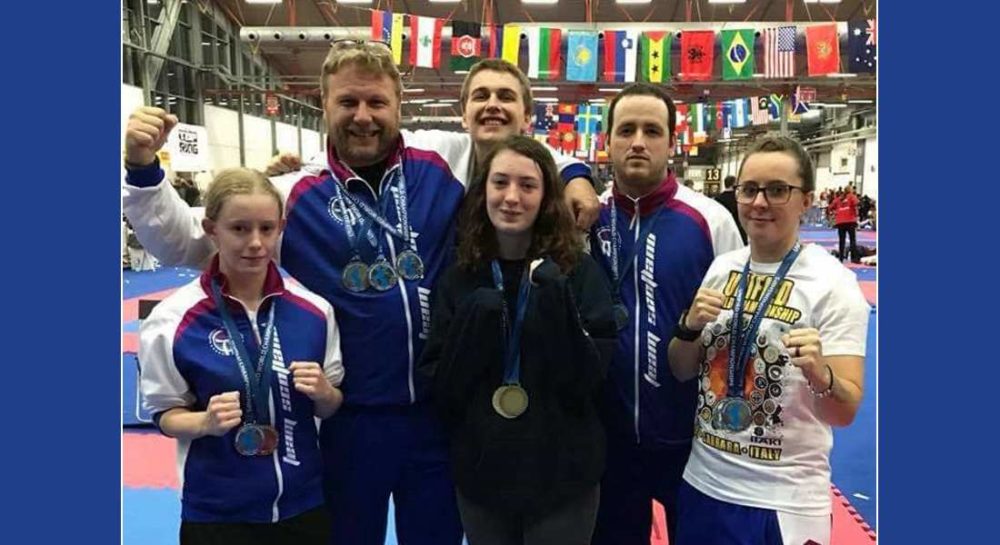 A MORAY KICKBOXING CLUB are heading home this morning weary but triumphant from their sports’ Unified World Championships in Italy.

The six fighters from the SFEAR club in Lossiemouth were representing Scotland at the championships in Carrera.

They faced a daunting challenge at the largest multi-martial arts events in the world – but they were certainly not out of their depth, returning to Scotland with a total of 13 medals around their necks – and every one of them having gained a silver or bronze.

Last night as the team prepared to return home Jason reported: “The ‘Super Six’ have completed their challenge – and after a tough four days against some pretty ruthless opponents from all over the world, they will return home to Lossiemouth.

“We are tired and a few of us are carrying some ‘war wounds’ – but we are not returning empty handed, having taken nine silver and four bronze medals, with every single fighter returning with a token hung around their neck to show how hard they fought.

“That is what success looks like – SFEAR have, I think, put Lossiemouth firmly on the world map for our sport, these guys have made us all so proud.”