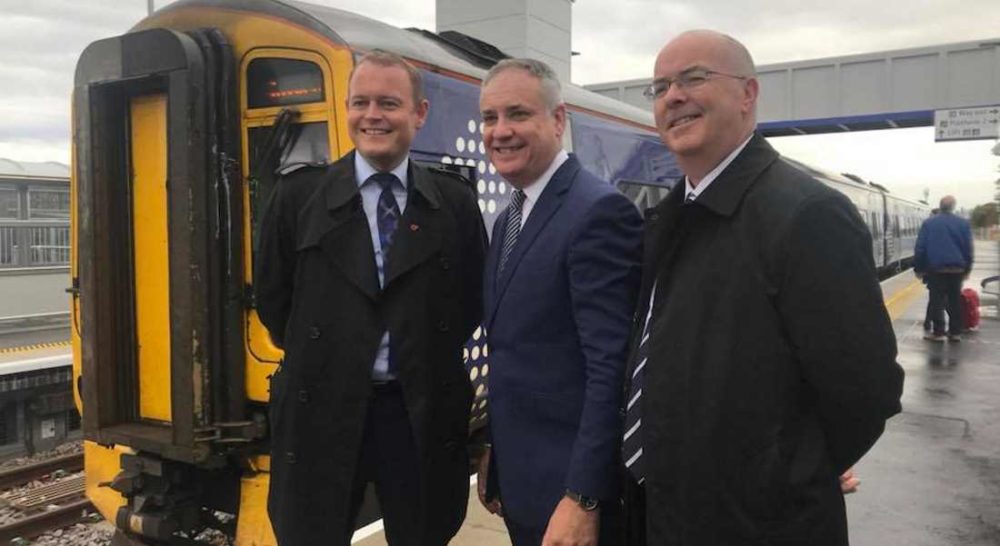 THE £80MILLION INVESTMENT in improvements to the rail line through Forres and Elgin were officially endorsed yesterday in a ceremony at the new Forres station.

Moray’s MSP Richard Lochhead conducted the opening of the new station joined by local and national politicians and guests, including former rail workers.

Mr Lochhead said it was an “absolute pleasure” to officially open the new station, an in particular to be joined by retired railwaymen who worked on the line at Forres from 1940 onwards. The MSP said that it was a “special day”, saying: “I am delighted that people in Moray are going to benefit from £80million investment by the Scottish Government in our rail line.”

Also attending was Moray’s MP, Douglas Ross, who welcomed the new rail station – part of a programme of improvements worth £170million for the line between Aberdeen and Inverness.

Mr Ross said: “This is a fantastic project and is an excellent facility for commuters in Forres. Having two platforms will enable ScotRail to provide a more regular train service and reduce journey times.

“I would like to congratulate all the contractors from Bam Nuttal who have worked extremely hard to get the project finished on time and all the local businesses who have contributed one way or another. I am sure that people in Forres will be pleased with the final result.”

Unfortunately, for reasons unknown to us, insideMORAY was neither informed of nor invited to attend the opening of the new station.