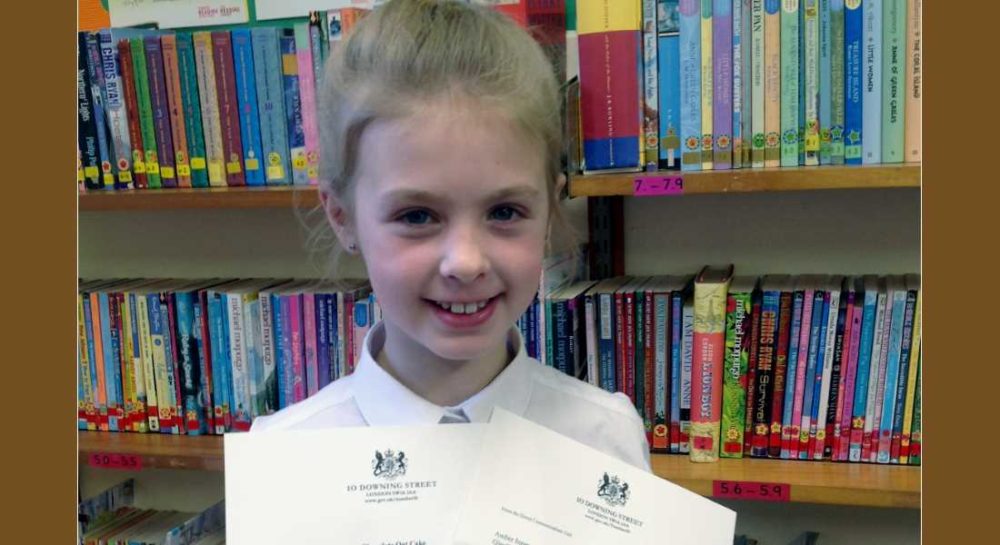 PUPILS AT A MORAY PRIMARY school have created their own recipe book – and this week it will be published with a new addition from no less than the Prime Minister herself.

Pupils at Glenlivet Primary School created the book and one of their number, four-year-old Amber, wrote to Theresa May in October to has if she had a favourite recipe that could be included.

A week later she received a reply from No10 Downing Street – including a recipe for a chocolate oat cake! Amber said that the class was working hard to pull the recipe book together in time for a school event on November 25.

She said: “We’re raising money for MFR Cash for Kids and our school funds. We decided it would be good to make a book full of recipes from family, friends and famous faces.

“I wrote to Theresa May to ask for a recipe. I was excited and amazed when I got a reply. We could try out her recipe at school one day and we hope to get some recipes from other famous faces, too

“All of the primary four to seven children have worked really hard organising the soup and sweet project. We are doing lots of exciting things as well as the recipe book; we’ve learned lots of skills including using email, writing letters and making tickets and posters.”

Class teacher, Mrs Woodcock, said it’s fantastic to work with a group of children who are so enthusiastic and motivated about their learning, adding: “We have made a variety of crafts in school, including a recipe book.

“The children have written to people requesting recipes and received several from friends and family. Everyone at school was thrilled when Amber received a letter from Number 10.”