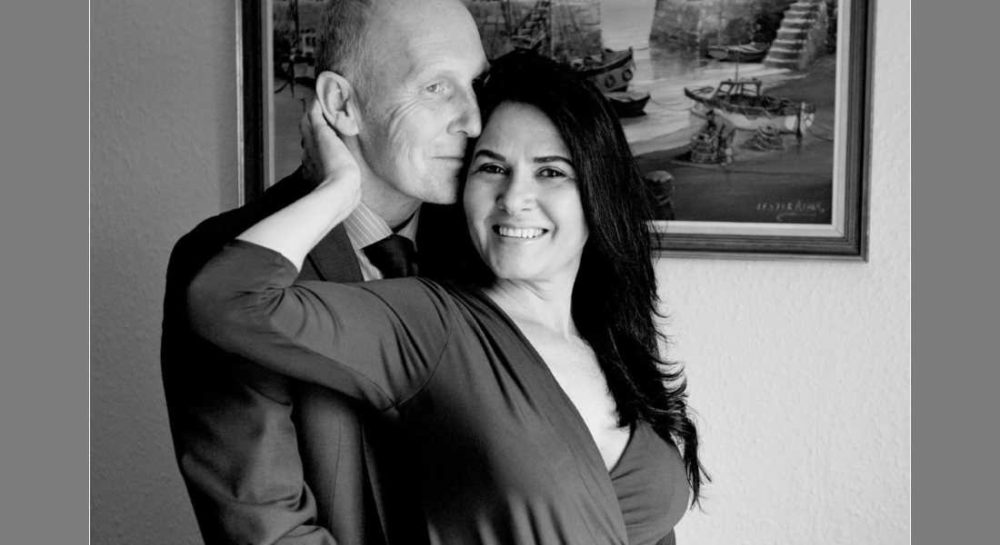 AN RAF RESERVIST who has fought against all the odds to survive cancer is celebrating by releasing a Christmas song that he hopes will raise funds for charities that helped him.

SAC Graham Wyllie describes himself as a ‘romantic and poet’ – and has dedicated his musical efforts to his wife Elimar, who has been by his side throughout his fight against prostate cancer.

It was in summer 2015 that Graham, originally from Blantyre, South Lanarkshire, was a fit and seemingly healthy Full Time Reservist working at 602 (City of Glasgow) Squadron, who provide personnel serving at RAF Lossiemouth.

He had been on an RAF adventure training event and had developed lower back pain after a fall while walking in the Cairngorms. After a month of physiotherapy, he was given blood tests – and then the shocking news that he had prostate cancer.

Graham said of the diagnosis: “That hill walk with the RAF may have saved my life. And having a high level of fitness has certainly helped me cope with the rigours of the chemotherapy.”

Graham and Elimar met eight years ago after being online pen pals, but just a few months after meeting they knew they wanted to marry and stay together. The Christmas song was something Graham has had in his head for a few years – but he had never written it down or thought about recording it. In June this year when Graham’s health deteriorated Elimar would sit at his bedside and gently sing his song to him. As his health improved Graham decided to surprise Elimar by having the song properly recorded and published.

Once it was completed, the couple’s initial idea was to use the song to raise money for Graham to travel to Mexico for treatment. But Graham decided that he wanted to raise money for the charities that have supported him and his wife during his cancer diagnosis and treatment.

These are the RAF Association, Macmillan Nurses, Maggie’s Centre and SSAFA. Now ‘A Christmas Wish’ has been recorded and a video produced with help from Graham’s friends, and this month it was uploaded to YouTube (see below).

He currently provides training and administration support for 602 (City of Glasgow) Squadron.

As well as the specialist support he’s received from the charities, Graham has had help from his colleagues, he said: “Since my diagnosis 602 Sqn staff have helped me move home and have helped Elimar whenever she’s needed it.

“I’m going in to work when I can, but being kept on as a Reservist, even after some extended absences over the past two years, allows for a stress-free lifestyle. I will be forever grateful to the Royal Air Force, my colleagues and friends for their support. “SSAFA and the RAF Association have helped me with simple but essential things, like furnishing my home and getting my car back on the road. The free classes and groups provided at the Maggie’s Centre in Glasgow have provided a lot of guidance and hope, and the Macmillan nurses were a constant source of support during the home visits I’ve received.

“I hope that our song will remind people of the joy of helping each other – at Christmas and every day of the year. I really enjoyed making the video with the children from the Starstruck Stage School choir, and I hope our story will encourage people to donate to these charities.”

As one of seven RAF Number 1 Group General Service Support squadrons, 602 Sqn is headquartered in Glasgow. It trains and deploys RAF Reservists in two main trades – Flight Operations and Intelligence, providing personnel to support the RAF’s Intelligence Surveillance, Target Acquisition and Reconnaissance units in the UK and overseas.

Graham’s song, A Christmas Wish, can be viewed and downloaded from http://www.achristmaswishsong.com while donations in support of the charities can be made via the website.