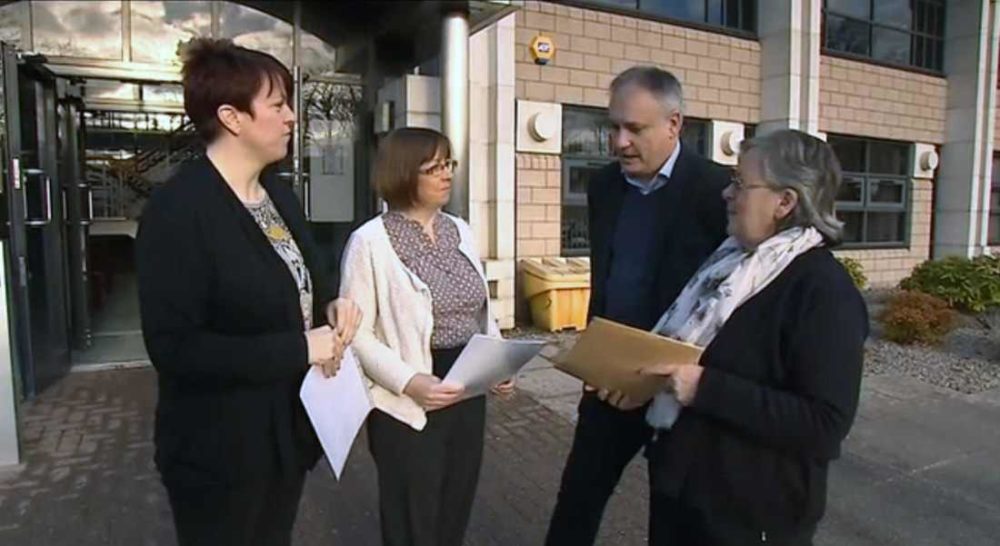 A FAMILY CAMPAIGNING for better mortuary services for Moray are urging people to have their say on where a new site should be located.

Maryan Whyte and her family have been working with NHS Grampian, Moray Council and Police Scotland in the Moray area on local mortuary provision.

Four possible locations within the grounds of Dr Gray’s Hospital have been identified. The family now want the people of Moray to ensure their voice is heard by taking part in a survey on where the preferred site should be.

Mrs Whyte took action following the tragic death of her husband Frank following a sailing accident at the approaches to Findhorn Bay in May 2016. The experience they faced when they had to identify his body at the mortuary then based at the former Spynie Hospital in Elgin was described as “horrific”.

Since his death, the family have been campaigning for improvements to be made not just in Moray, but throughout Scotland. Now, the Moray Mortuary Group has identified four possible locations within (the) Dr Gray’s Hospital site for a new mortuary facility.

Mrs Whyte said: “To have this document which outlines the options for four sites just shows that in a relatively short space of time we have come such a long way.

“What we need now is for the people of Moray to ensure that they speak up and give their opinions on where they think the best site should be. For too long, we have had to put up with less than adequate facilities. Now it is only right that we, the people, who have to use this service in tragic and difficult times are heard.”

The sites that have been identified are at the existing mortuary site, Dunbarney car park, the existing physiotherapy unit and the existing medical records department. Mortuary provision at the existing site would involve significant alterations to the existing building layout along with the construction of an extension to accommodate the new body storage fridges and visitor entrance.

The Dunbarney car park would become home to a new dedicated mortuary building whilst the physiotherapy unit would require the refurbishment of existing office accommodation and the renovation of Ward 10.

The final and most costly option would involve the refurbishment of the existing basement medical records store and offices, but the costing does take into account associated renovations that would be required for Ward 10 and the digitising of medical records.

Speaking on the options Mrs Whyte added: “As a family we strongly feel that the mortuary should be within the building of the hospital itself. We believe that this gives the most respect, dignity and compassion throughout. The only option which allows this is the medical records department.”

The family has received huge support from Moray MSP Richard Lochhead who said: “The Whyte family’s campaign for improved local mortuary facilities supported by many people across Moray has made a huge impact – and it is good news that the NHS and its partners are now looking at new long overdue facilities at Dr Gray’s in Elgin.

“I have worked closely with the family and know that their experience of the old facility and the distress this caused for them and other bereaved families led to a very powerful case for change.

“It is important that the NHS continue to listen to the families when it comes to choosing the best option for the new mortuary at Dr Gray’s to ensure that the needs of both bereaved families and respect for the deceased are the paramount considerations.”

The full consultation document which outlines the full requirements and costings for each of the four sites can be found at www.mortuaryformoray.com and people can take part in the survey. They can also email any questions or views to mortuaryformoray@gmail.com.