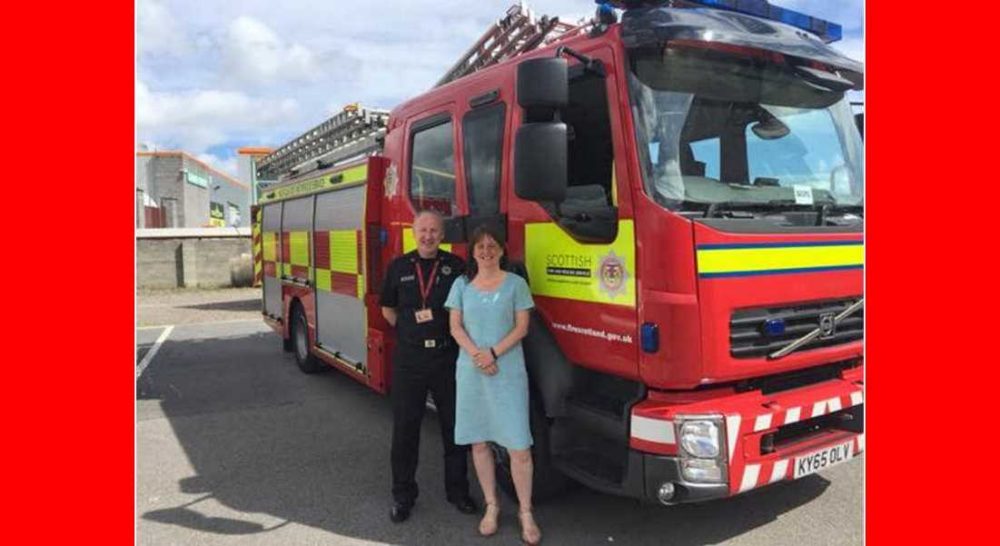 A HIGHLANDS AND ISLANDS MSP has insisted that the UK Government decision to end charging VAT to Scotland’s Fire and Police services is down to SNP pressure.

Maree Todd MSP, whose constituency duties includes Moray, dismissed talk in the Scottish Conservative ranks that it was their influence at Westminster that brought about the change of mind.

Ms Todd was heavily critical of the UK Government’s “betrayal” of Scottish Fire and Rescue and Police Scotland – and demanded that they also return the £140million already paid in VAT since single-force legislation was put in place north of the border.

The MSP said: “It is very welcome that the UK government has finally bowed to years of pressure from the SNP and will no longer unfairly take £35million from our Police and Fire budgets every year.

“I commend all our MPs, MSPs and local campaigners who have applied constant pressure on this issue. That SNP pressure has made this win possible.

“However, the Chancellor does not go nearly far enough – and his refusal to refund the money Scotland has already paid shows how little the Tories care about emergency services in the Highlands and Islands.

“If they finally agree that it is unfair for Police Scotland and Scottish Fire and Rescue to pay VAT, how can they possibly justify keeping the money they have already taken?

“I visited the Highland Area Fire and Rescue Headquarters in the summer and met local Senior Officer John Macdonald to discuss prevention & service delivery. The hard work and dedication of those who work there was clear.

“But like all public services, their jobs have been made more difficult as a result of Tory austerity. So the fact that the Tories remain unwilling to return the £140 million that they unfairly took from emergency services like these all over Scotland is completely unacceptable.

“The £140 million owed to Scotland’s emergency services is a drop in the ocean compared to the £1 billion the Tories threw to the DUP to prop up a weak and wobbly Prime Minister and cling to power.

“The Chancellor has come up short in his commitment to our police and fire services in the Highlands and Islands. The refusal to repay the £140 million our emergency services are owed is simply yet another Tory betrayal of Scotland – and proves just how useless the band of Scottish Tory MPs really are.

“The SNP will always stand up for emergency services in the Highlands and Islands, we will continue to press the UK government to return the money that the Tories wrongly took from Scotland’s Police and Fire Services.”