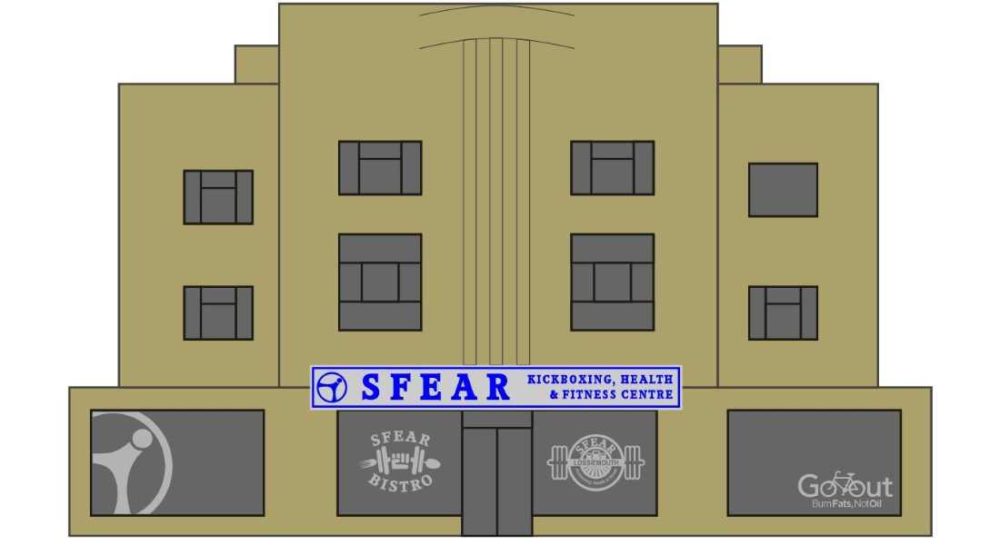 A FORMER LOSSIEMOUTH CINEMA will be taking on another new persona when current owners Grampian Furnishers move to their new Superstore on the outskirts of Elgin.

Fears were being expressed during the planning bid by the Moray firm that they would be leaving behind a large empty building and a massive hole in the local community.

However, it has emerged that the new residents at the former Regal Cinema are to be the SFEAR Kickboxing, Health and Fitness club.

SFEAR will take over all three floors of the building, expanding their community facility into a fully fitted and functional gymnasium with a focus on strength and conditioning, a fitness studio, treatment rooms and of course Kickboxing area. There will also be a Café/Bistro in the building that was first opened as a Cinema in 1939.

The announcement was made live on a special Wave Community Radio broadcast on Saturday as Grampian Furnishers threw their doors open to local community groups and businesses in a ‘thank you’ event for their continued support through the major changes.

“It has perhaps become the worst-kept secret in Lossiemouth ever since Grampian Furnishers were awarded planning permission for their move to Elgin,” SFEAR’s Jason Fletcher, who runs the business with his wife Jill, told insideMORAY.

He added: “We have been extremely busy in the background working with Grampian Furniture owner Royce Clark to make this happen – but we are delighted that his determination to ensure the building was put to good use for the benefit of the entire community has led to this very exciting agreement.”

Jill added: “This is an extremely exciting time for us, from the moment we entered into talks with Royce Clark we have known that this was the correct thing to do. He has been fantastic in supporting us all the way – we are now looking forward to providing a fantastic new facility for Lossiemouth and indeed one that can attract people from throughout Moray.”

Royce Clark could not attend the ‘pop in pop up’ event at the weekend that saw hundreds call in to the store in a celebratory mood – he had a prior holiday booked! Of the agreement with SFEAR he said: “We will leave here with a heavy heart – but the fact we are helping another local business expand in the process will make it so much easier.

“Keeping the old cinema occupied with another business is great news for the town, a deal has been agreed but is subject to council approval and then all the necessary legal stages being completed.

“I look forward to working with Jason and Jill in helping their dream become a reality so 2018 is going to be a busy year indeed.”

Speaking of the open event at the store over the weekend, he added: “Unfortunately the best weekend for this clashed with my holiday – I wish I could have been there but the event is not about me or Grampian Furnishers, it’s for the customers and the other local businesses and groups who gave us so much support through the process of finding larger premises.”

The GF ‘pop in pop up’ event continues at Grampian Furnishers today until 5pm.