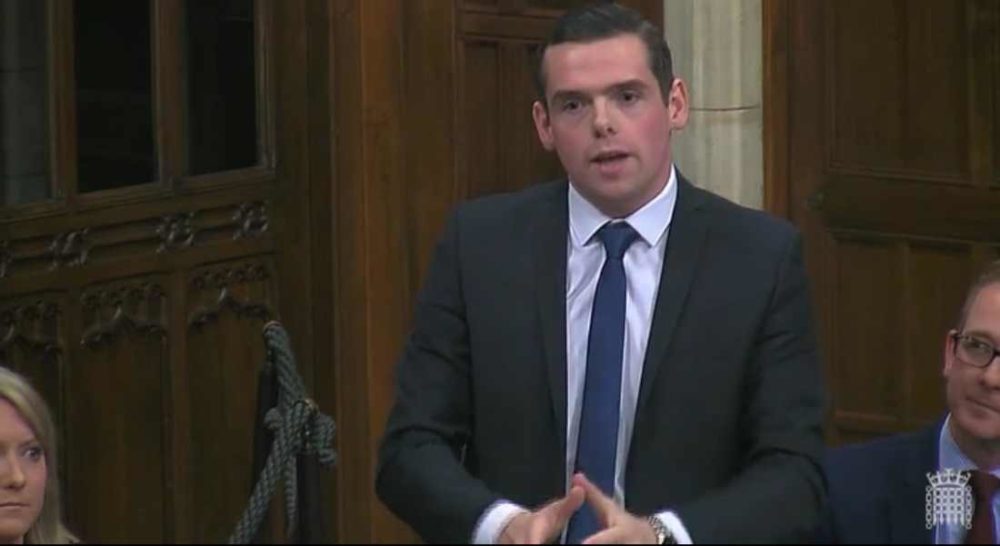 PETITIONS FOR AND AGAINST another Independence Referendum were the subject of a debate in the UK Parliament on Tuesday in which Moray’s MP Douglas Ross took part.

The MP said: “While it is clear that the SNP is still threatening a second independence referendum, this obsession means that Scotland suffers as the nationalists focus on separation while centralising many of our key services.

“We have seen the problems with Police Scotland, issues within the NHS and local government as the SNP want to keep more and more power in the central belt rather than delivering locally. The large number of petition signatories continues to tell the SNP Government that they do not want a second independence referendum – they know the benefits of our Union.

“In that Union we trade four times as much with the rest of the UK as with the rest of the EU. The Union also delivers for the Defence estate here in Moray, with the RAF at Lossiemouth seeing record investment by the UK Government. That would not be possible had Scotland separated from the UK in 2014.”

Mr Ross called on First Minister Nicola Sturgeon to rule out a second referendum and instead engage with the UK Government to find a “common solution” on Brexit – one that protects the UK internal market and delivers a stronger Scottish Parliament.

He added: “While SNP MPs at Westminster were saying they would block Brexit if they can and force another referendum, it seems like the idea of pausing their drive to another divisive referendum has quickly re-started.

“The SNP must start listening instead of lecturing. We said no in 2014 and we meant it.”