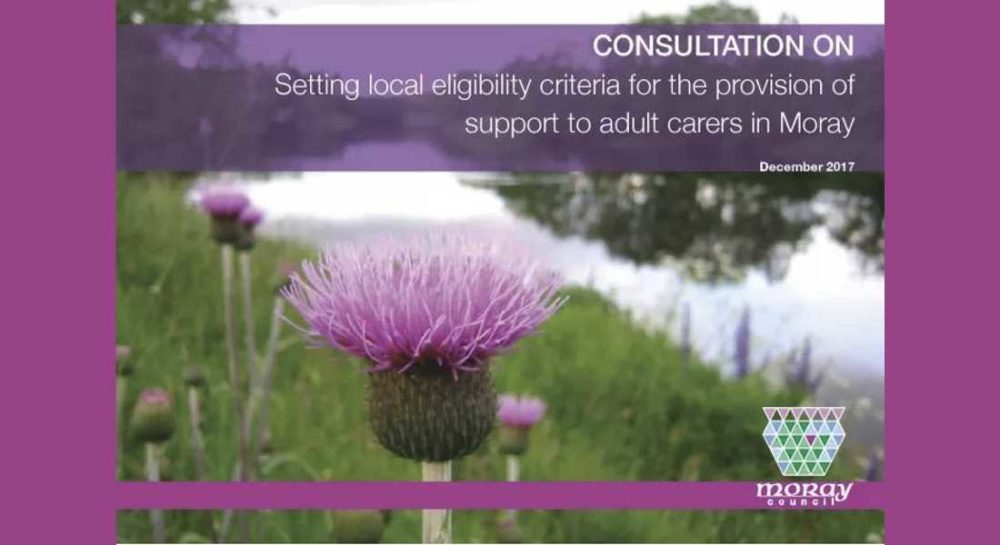 Held at the Elgin Library the session on Tuesday will be from 12noon until 2pm while Thursday’s will be from 6pm to 8pm.

Discussion will centre on the local eligibility criteria for support for carers – which is due to come into force next year as part of the Carers (Scotland) Act 2016.

All carers in Moray are currently able to access information, advice and support through Quarriers Carer Support Service. This will continue to be available to all carers without assessment. The new legislation states that by April 2018, criteria must be in place to determine if a carer has the right to an enhanced level of support – over and above the more general support available to all.

Moray’s draft local eligibility criteria for adult carers follows national guidance and considers the impact of being a carer on things like carers’ health and wellbeing, relationships, living environment, employment and finance.

Moray Council is also asking for comments on its intention to set the qualifying threshold for enhanced support to those assessed as having ‘critical’ and ‘substantial’ needs.

This would mean those with a caring role which poses the greatest risk to their health, wellbeing and capacity for independent living would be the priority for enhanced support to meet their identified needs.

Carers and anyone with an interest can respond to the consultation by picking up a consultation pack from their local library or from a member of the Moray Carer Services Provider Network which includes Quarriers Carer Support Service, Cornerstone, Alzheimer Scotland, Crossroads Caring and ENABLE.

The pack and link to the online response form can also be found on Moray Council website at www.moray.gov.uk under current consultations.

The consultation closes on January 19. Comments will be used to finalise the adult carer local eligibility criteria before it’s presented to a future meeting of Moray Council for approval to implement from April.