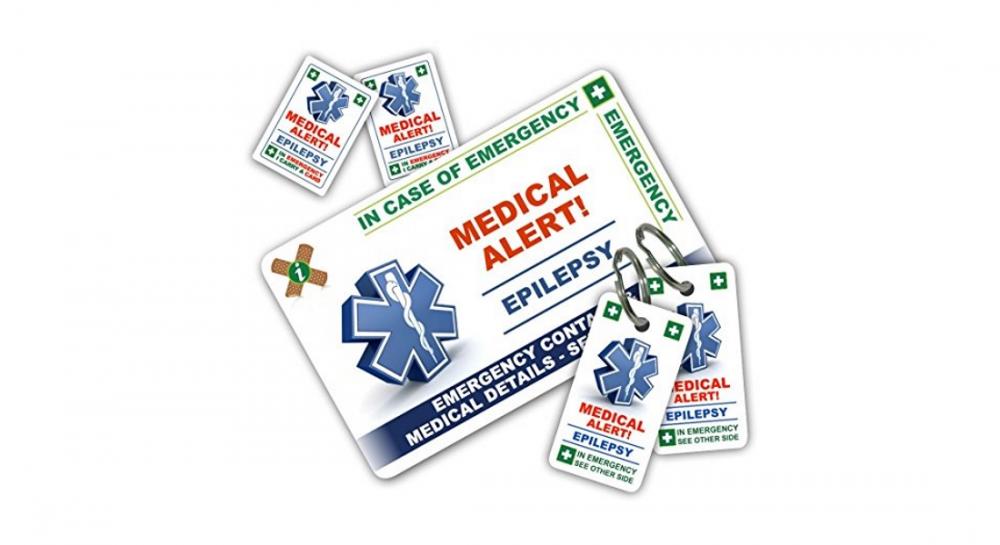 A CAMPAIGN FIRST launched two years ago has been refreshed by region MSP Rhoda Grant as people emergency services still find it difficult to locate next of kin for those suffering from Epilepsy.

The MSP, whose Highlands and Islands constituency includes Moray, has relaunched the ICE campaign – In Case of Emergency – which holds contact details on mobile phones.

That helps emergency services or even members of the public to get in touch with a family member or friend for medical details – and to allow the correct treatment to be administered.

To further assist emergency personnel, Mrs Grant also developed a pilot initiative offering free ICEberg (In Case of Emergency be empowered, ring a guardian) wristbands to anyone with epilepsy.

These purple and white silicon wrist bands, identify that the wearer has an ICE contact on their mobile device. Rhoda Grant launched the scheme with Epilepsy Scotland at their information stand at the initial launch in the Eastgate Centre, Inverness in 2015.

Speaking about the importance of this renewed initiative as we approach 2018, Mrs Grant said: “In my role as a regional MSP for the Highlands and Islands, I became aware of situations where people were found either unwell or in a distressed state in public.

“The attending emergency service personnel had difficulty in identifying who to contact as next of kin. I was also aware of individuals who ended up in A&E with staff there being unable to identify the individual who was brought in. This got me thinking that there must be something we can do to address this issue.

“I talked with Epilepsy Scotland about trialling some kind of free epilepsy ID to help in medical situations. My team made contact with Stagecoach Bus and were successful in being awarded funding by this company which allowed us to purchase the ICEberg epilepsy wristbands.

“Wearers can put ICE (In Case of Emergency) details into their mobile phone contacts or they may already have an ICE app on their mobile phone screen saver. Should a seizure happen, emergency personnel, or indeed a member of the public will know who to call by checking the ICE contact or app. Since the initial launch we have been surprised by the number of people taking up the offer of the free wrist bands.”

Epilepsy Scotland’s Chief Executive Lesslie Young agreed, saying: “Much like an iceberg, epilepsy and how it affects the person tends to stay hidden unless or until a seizure. There are over 800 people living with epilepsy in Inverness alone.

“However, more than a third of them continue to have seizures even with medication, so relaunching these ICEberg bands may be of great help to them. Hundreds of others across the Highlands and Islands could also benefit.

“Our supporters welcome the idea of free wristbands for people with epilepsy because of the reassurance it offers to their families, friends and colleagues. If an emergency arises, those dealing with the situation will realise the person has epilepsy because of this wristband. The ICE details can then be used to contact the person’s family quickly.”

The founder of the ICE initiative and former paramedic, Bob Brotchie, concluded: “Imagine ringing the police because a relative or friend has not returned home. Imagine ringing the hospitals and they don’t have anyone with that person’s name, but they may have unidentified patients.

“Now, imagine what it’s like to be a paramedic, desperately trying to find the next of kin of someone having an epileptic seizure. This worry can be avoided by a simple action. Put ICE details with the person’s name and number on your mobile phone or use an ICE app to list who you’d like to be contacted in the case of an emergency. Having notified your ICE contact and gathered information, the medical team can then treat you appropriately.”