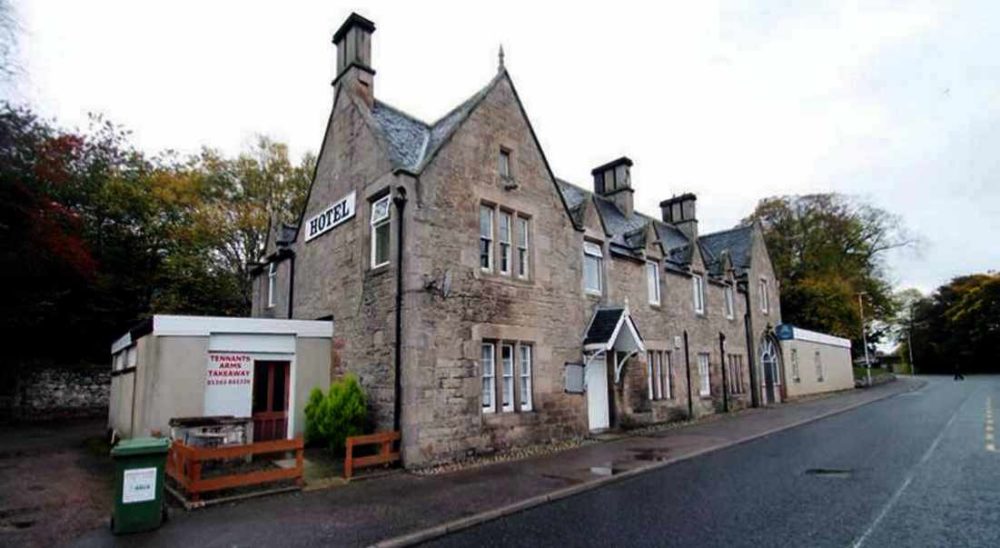 MORAY MP DOUGLAS ROSS has been expressing his sympathy with the Lhanbryde community who are facing an uphill battle to halt development of the landmark Tennant Arms Hotel.

The community have objected to plans to demolish the Hotel to make way for a new Co-op store – however, they would appear to have lost the battle with the Co-op announcing that they plan to open the new store by next summer.

Local campaigner Anita Milne said that locals remained firmly opposed to the development plans and insists that the campaign is not over, with a direct appeal having been made to the Co-op.

“We wish to have a meeting with the Co-op,” she said, adding: “We wish to explain to them why we do not want a shop there. We are not opposed to having one of their stores in Lhanbryde – just not in that location.”

However, the Co-op have so far shown little desire to enter into any discussions with the campaigners, with Tony Hind, the head of store development for the firm, saying they were committed to the project.

“The loss of buildings such as the Tennant Arms erodes our sense of continuity with past generations and rubs away much of what is distinctive about our towns and villages.

“I have been closely involved in this back to my time as a councillor and attended several meetings in Lhanbryde about this and have every sympathy with the views of many local residents which I support. I urge the Co-Op, even at this late stage, to reconsider their plans.”