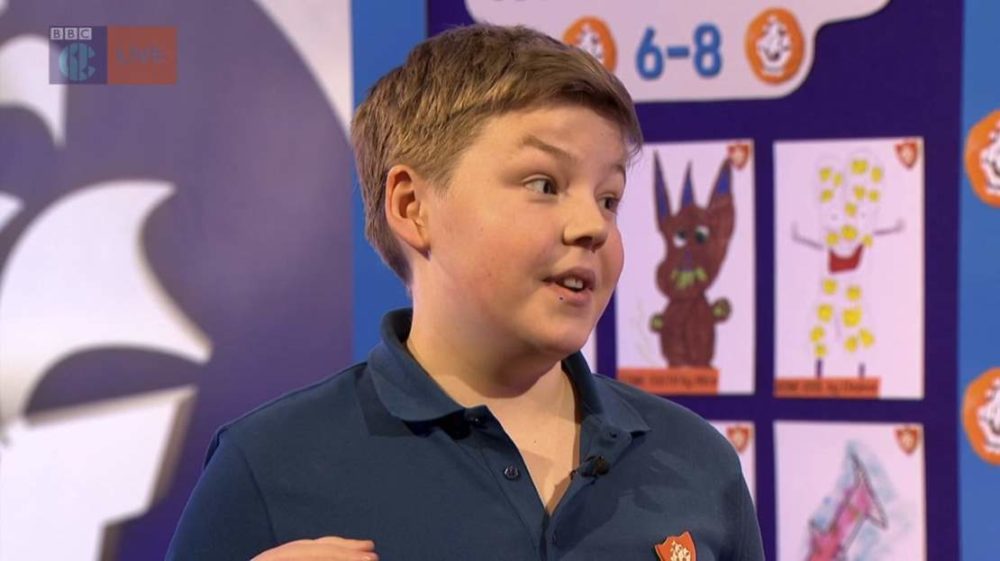 A MILNES HIGH SCHOOL pupil is being congratulated after beating off competition from 9000 entrants to win the BBC’s Blue Peter Awesome Animation competition.

Rory Milne, who is from Lhanbryde and is an S2 pupil at the Fochabers school, came out top in a competition that challenged viewers to design a prehistoric character – and have it made into a model by Wallace and Gromit creators Aardman Animations.

Rory’s prize was a tour of the Aardman Animations studios in Bristol – as well as an appearance on Blue Peter where he received one of their coveted ‘orange’ badges, given only to winners or runners-up in competitions. Congratulating Rory was Moray MP Douglas Ross, who said: “It is a fantastic achievement for Rory, who is in S2 at Milne’s High School, to win what has been Blue Peter’s most popular competition.

“He had to design a non-human prehistoric character and with a great imagination he won with the design of a Spiradon. Rory’s character is a cross between an anteater and a Stegosaurus, which hides from its many predators by turning into a flower shape by using its tail as a stalk.”

During his visit to Aardman Rory saw his Spiradon design brought to life in an animation created by the world-famous producers of films such as Flushed Away and Chicken Run. Douglas Ross added: “I know that Rory was also presented with the model of his Spiradon made by Aardman Animations, which, along with his orange Blue Peter badge, are superb reminders for him of his amazing win and outstanding achievement.

“It’s great to see a pupil from Moray come top in a competition which included so many talented entries from across the country.”