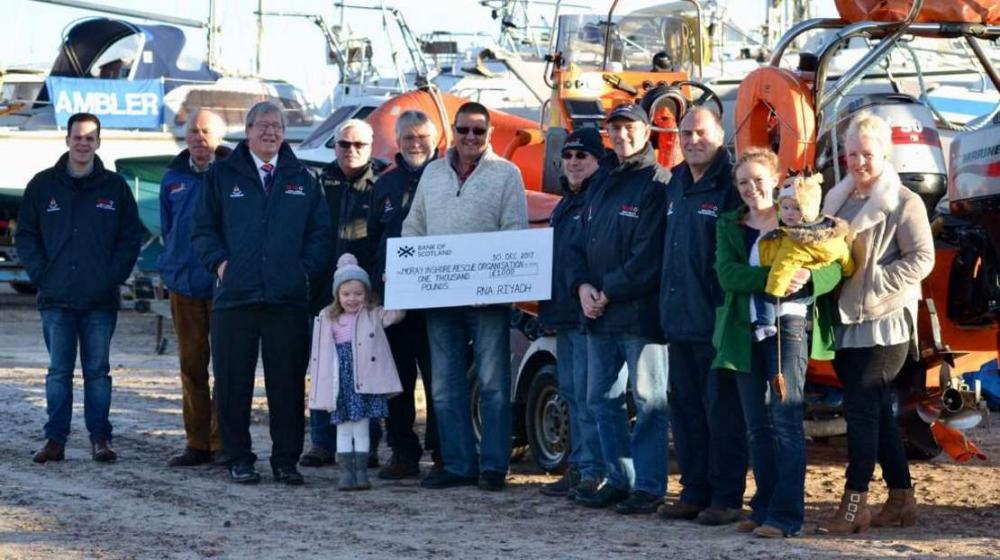 A FINANCIAL BOOST that will help pave the way towards a brand new launch for Moray’s inshore rescue group has been received – from Saudi Arabia.

The Moray Inshore Rescue Organisation based at Findhorn has been closely involved in several rescues – but are entirely dependent on the work of volunteers and the fundraising goodwill of the general public.

First formed in 2005, MIRO was subsequently tasked by the Maritime Coastguard Agency to cover not only Findhorn Bay but its approaches and all inshore waters along the Moray Firth between Burghead and Nairn.

The MIRO mission is: “The protection of life by the provision and maintenance of an inshore rescue facility available for use in any emergency lifesaving situation connected with use by the general public in the inland and coastal waters around Findhorn Bay, and to support Coastguard and RNLI operations where possible in the vicinity of Findhorn Bay and its approaches.”

Last week volunteers gathered for the presentation of a £1000 donation from the Royal Naval Association’s Riyadh, Saudi Arabia branch. The cheque was presented by Ray Kelly to MIRO Chairman Paul Blair, who said: “This will be put towards the purchase of a new lifeboat, we are very grateful to Ray and the RNA’s branch in Saudi Arabia.”