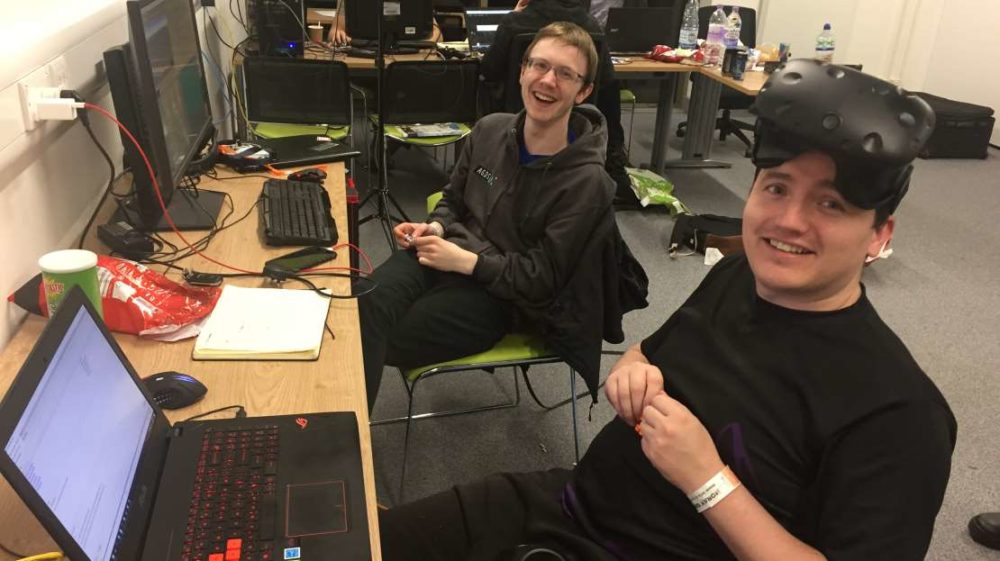 TEAMS OF EMERGING game developers are being invited to sign up to one of Scotland’s most exciting industry events that is to be held in Moray.

Their challenge is to devise a brand new digital or board game over one intensive weekend, with the window for teams to apply part of the fifth Moray Game Jam.

Taking place from Friday, March 16 to Sunday, March 18, organisers are inviting entries from teams of five people. Moray College UHI is once again the venue for the Moray Game Jam (MGJ), a creative competition which sees teams make a game from scratch in just 48 hours.

The event is organised by a partnership comprised of ScreenHI, Moray College UHI and Elgin-based games studio, Hunted Cow – with funding support from Highlands and Islands Enterprise (HIE). Last year, just under 100 budding game developers – many of whom were based in Moray – applied to be part of the game jam which sees teams devising a game which could potentially reach millions.

The 2017 digital winners, Alan Yeats and Gary McCartan, created a virtual reality game called Pocket Sized Guns, while the board game category was won by Fife duo Alan Stewart and Martin Lumsden, with their card game entry Jailhouse Break, based on hatching a plot to escape prison.

Alan said: “The Moray Game Jam is definitely the best jam in Scotland and seems to get better each year. “I’ve been doing the MGJ for the last three years, so winning it last year was a really amazing feeling. Winning is not the best part of the jam though – the best part is being able to see people enjoying the game you have created and playing the other games that have been made over 48 hours. Last year especially had a really high standard of game produced.

“We’ve moved on quite a bit from winning. The game itself has been ported over to other platforms including the PlayStationVR and has been demoed at PlayStation development days, XpoNorth and other events around the county.”

Following on from last year’s oversubscribed workshops at which all-comers were given an insight into the process and tech which could help them become the next generation of game designers, MGJ will again be offering free workshops throughout the day on Saturday 17th March. Details will be announced next month.

A pop-up gaming playground will be set up to give the public the chance to test the games the teams have been creating over the course of the game jam at Moray College UHI on the afternoon of Sunday 18th March.

Last year, a record number of applications for the 48-hour game creation were received, with the bulk of the teams citing Moray as their place of residence.

Amanda Millen, Director of ScreenHI, said: “Moray Game Jam has become one of the go-to events in Scotland for game developers. It opens doors and widens knowledge about how to get ahead in this hugely competitive and exciting creative industry.

“Scotland is a major player in the world of games development, and, with companies such as Hunted Cow Studios in Elgin, there is a vibrant scene in the Highlands and Islands region.

“The event provides a key opportunity to gain valuable experience and network with like-minded individuals and leading industry figures. I’d advise all teams thinking about entering not to leave it to the last minute as we are always oversubscribed and there’s usually a waiting list of teams who’d like to take part.”

Moray College UHI principal, David Patterson concluded: “We are delighted once again to be the host for this popular event, now in its fifth year, which has become one of the highlights in game creators calendar.”