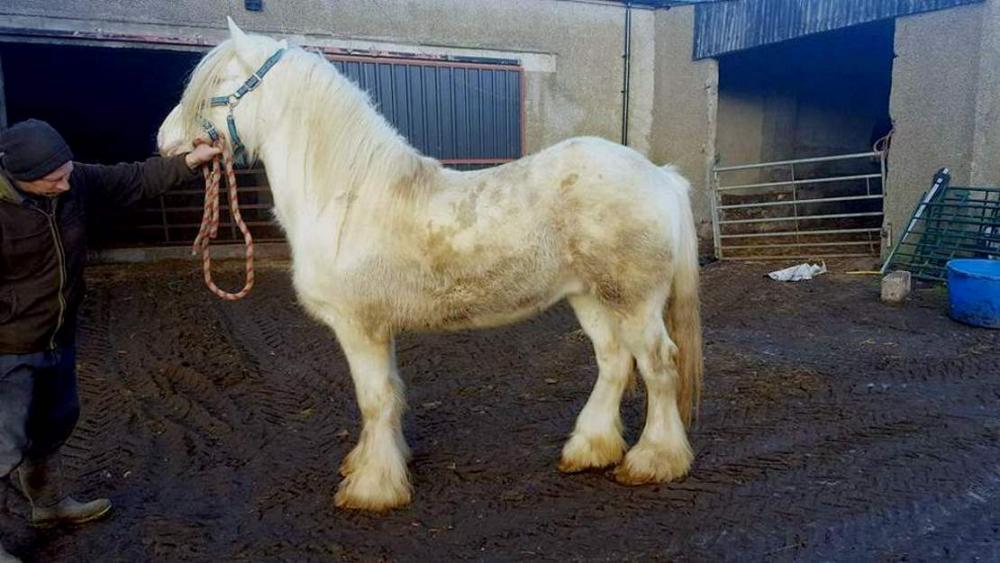 POLICE ARE APPEALING for witnesses or information on the whereabouts of a Stallion which was stolen from a Speyside farm.

‘Polo’ was one of four horses kept in a farm shed just feet away from the home of farmer Alan Cormack at Blackhillock Farm near Knockando.

The horse was specifically targeted however, with three others left behind as Polo was taken by thieves in the audacious raid.

Believed to be worth around £3500, the search for the stallion is now on, with police appealing to anyone who knows Polo’s whereabouts or who have information on the theft to contact them on 101.

Mr Cormack posted images of his horse on Social Media this week, saying that he knew something was untoward when he left his home and saw the gate was pushed open with hoof prints leading away alongside footprints.

He said: “At the gate the rails had been kicked off so they could open it with padlocks still on. Halfway down there were marks from a vehicle of some description, which had a trailer – that is where the footprints stopped.”

Investigating constable Andy Main said: “We have received a report regarding the theft of a horse and separately the theft of a quad bike and agricultural equipment from rural properties in the Aberlour area.

“The incidents are believed to have happened overnight between Sunday and Monday. We are keeping an open mind as to whether these incidents are linked and would ask anyone who has information or saw anything suspicious to contact us.”