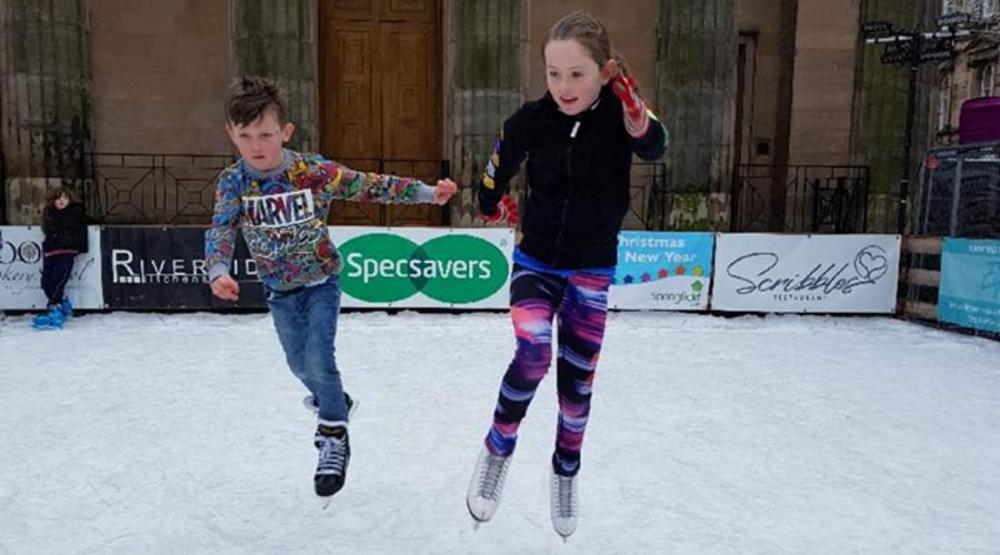 THE CURTAIN WENT DOWN again at the weekend on another highly successful Festive season for the temporary ice rink on Elgin’s Plainstones.

An Ice Festival on Friday night demonstrated the amazing talent that already exists in Moray – with some many talented young skaters set to represent their country at international events.

When the rink was first introduced a year ago it attracted over 5000 skaters. Now organisers say that this year surpassed that, leading to an additional day of skating being held on Saturday before work began on dismantling the rink.

Jon Behari is the event director: “It has been a great deal busier this year – and the weather was in our favour so that certainly helped. We have seen calm weather with only a few snow flurries.”

Looking to the future for the now annual event, Jon said that looked very bright: “It has certainly become a fixture in the town centre and we have had a lot of people who have never skated before, ranging in age from two to 86!

“Once again businesses have reported they are seeing an increase in trade thanks to those additional people coming into town to skate – it certainly helped to draw people in up to and during the Christmas and New Year holiday.”