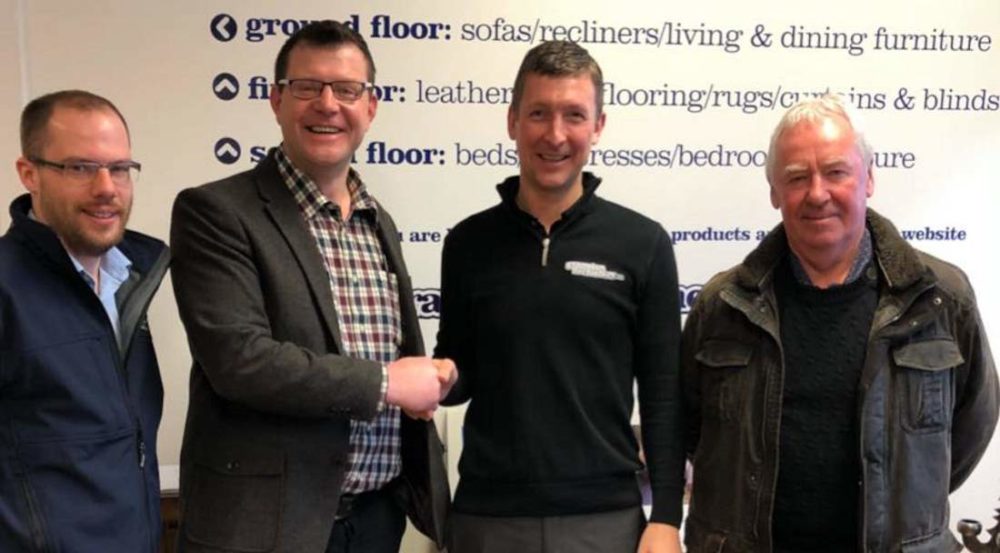 A MAJOR STEP FORWARD has been taken by Moray firm Grampian Furnishers as they prepare to build their new store on the outskirts of Elgin.

Just months after a protracted planning bid came to a successful conclusion for the Lossiemouth-based firm, owner Royce Clark has revealed that he has appointed a main contractor who will oversee the building of the new store just off the A96.

Compass Building and Construction Services have been awarded the contract, with Royce saying that he expects them to be on site “within weeks”.

“This is an exciting moment for us and certainly a major step forward in the building of the new store,” he told insideMORAY last night.

Royce added: “Compass is another independent business with a great reputation locally – and I’m delighted to say that the project manager will be Tom McLaughlan, who will only have a five minute commute to work as he lives just along the road from the site in Lhanbryde.”

Royce met up with Compass owner Tom MacLeod on Friday along with Quantity Surveyor Michael Mitchell to finalise the agreement.