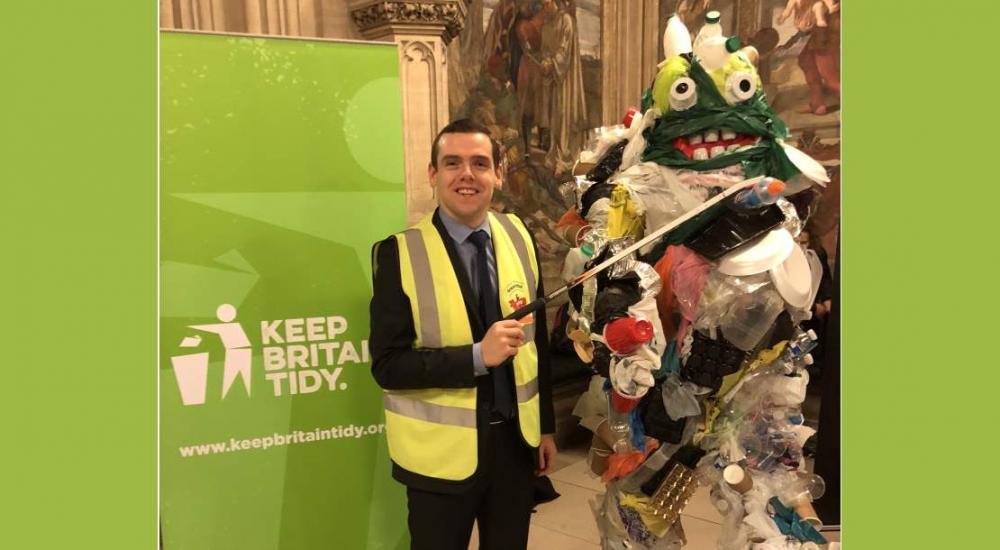 A CHALLENGE HAS been issued to people of all ages in Moray to take part in a national campaign aimed at cleaning up local environments.

The call has come from Douglas Ross MP after he attended an exhibition by environmental charity ‘Keep Britain Tidy’ at the UK Parliament this week.

Mr Ross, Moray’s MP, said that he was delighted to show his support for the charity and their efforts to organise a new national clean up – The Great British Spring Clean.

Of his own constituency he said: “Moray is beautiful, from coast to hills, but like everywhere else there is litter blighting our countryside. It would be great to see local people coming together between March 2-4 to become litter heroes and clean up our parks, beaches and local streets.

“Clearly this should be a priority all year round, but sometimes we have to concentrate our efforts to remind people of our responsibility to keep local areas tidy.”

Last year’s Great British Spring Clean saw a staggering 70,000 wheelie bins of rubbish collected over one weekend in Britain, with more than 300,000 people getting involved.

Mr Ross added: “As well as being unsightly, litter of all kinds and especially plastic waste can have a devastating effect on our wildlife.”

Keep Britain Tidy chief executive Allison Ogden-Newton said: “Littering is a serious issue that blights the beautiful beaches, countryside and cities of the UK. The Great British Spring Clean is an opportunity for everyone who cares about the rubbish scarring our country and threatening our seas to take a stand.”